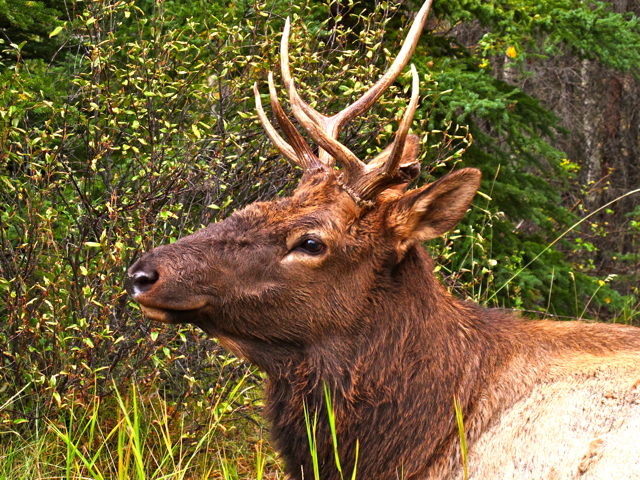 During my recent trip to Canada, I was really impressed by how much wildlife there is all over the place. In fact, our arrival to this huge country was blessed with sightings of a bear, some seals and an elk which we spotted from the Sea to Sky highway during our ride from Vancouver’s airport to Squamish, our base in Beautiful British Columbia.

Squamish is a very green place and there are forests everywhere, which means there are lots of animals around. One day, for example, I woke up to the screeching screams of fighting raccoons right in our backyard. They started battling it out very early in the morning, and they would bare their teeth at each other while perched high on the trees. However, these raccoons were appropriately average in size compared to their cousins on the east coast. You see, while cruising around Montreal‘s Castor Lake on the top of Mont Royal, I was amazed at the bloated and obese raccoons. They were almost as big as bear cubs.

On another occasion, also in Squamish, we saw this gang of otters crossing the road while we were heading to hang out at the Pit and watch the kite surfers. The otters were carrying a huge salmon to the other side and were ready to have a feast. They seemed a bit annoyed with all the attention they were getting from us. So they just left, leaving their catch behind, after we snapped a couple of pictures.

The variety of Canadian wildlife is great. Also, I got to see it change while traveling from coast to coast. In Tofino, a small surfing town on the west coast of Vancouver Island, I went whale watching for the first time in my life. And in Long Beach, it was cool to see all the starfish glued to the rocks while the tide was low.

It was also in Tofino that we heard about a horrible cougar attack in Kennedy Lake. This past summer, while we stayed in Squamish, there were lots of warnings about cougars sightings on the trails. Fortunately, we never bumped into one of those big cats.

The biggest predator I got a chance to photograph was a lonesome coyote that we found roaming around in Jasper National Park. I would have loved to snap a photo of a bear, but the only times I saw any bears, they were hanging out near the highway. So I had no chance to take any pictures. Sometimes in Squamish, a bear would cruise the neighbourhood looking for food but I always missed it.

On another afternoon, while driving around Jasper National Park we came across an awesome sight: a mother moose and her calf feeding in a river. We parked the car and got off to watch them for a while. In the meantime, a touring bus unloaded a flock of tourists who relished the opportunity to snap away.

When we got to the prairies on our drive across the country, we were fascinated by the sight of huge numbers of Canadian geese flying in formation during their migration to warmer areas. It was quite something to watch these birds pushing themselves and working together to get to their destination. This show of nature’s magnificent beauty gave me goose bumps every time I spotted them flying high in the sky.

Another bird that impressed me were the ravens that we met along the way. They were bigger than I expected, and had dark black shinny feathers. Also, they seemed to be very curious and pretty much fearless. You could feel that they were just waiting for you to look away to take your lunch away. Oh, yes, I was almost bullied by a raven!

In Alberta, we saw various overpasses along the highway that were built so that wildlife and people can safely cross these busy roads.