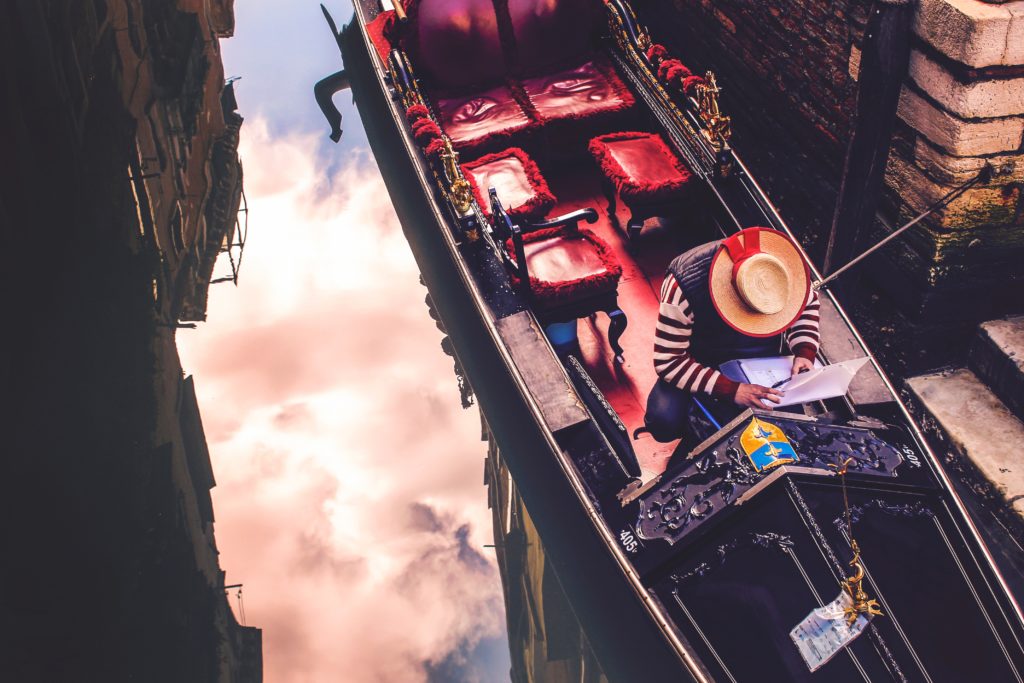 A Guide to the Best Gelato in Venice

After wandering around Venice marveling at its canals and fantastic landmarks, the best way to relax is by savouring some tasty gelato. Even though it is similar to ice cream, gelato contains less butterfat and air. Also, authentic gelato should not have any artificial flavorings or preservatives.

In Venice, you can find lots of places selling gelato; but you need to keep your eyes open to avoid falling into a tourist trap. So first, lets start with some useful tips on how to spot authentic gelato in Venice.

Tips for Finding the Best Gelato in Venice

Below you’ll find a list (in no particular order) of some of the places where you can taste the best gelato in Venice. For addresses and contact details, click on the map at the end of this post.

Using only the freshest natural ingredients, Alaska gelateria serves some of the most imaginative gelato flavors that you will find in Venice. Featuring exotic varieties that include ginger, artichoke, asparagus, and basil; owner Carlo Pistacchi is passionate about his craft and proud of his homemade creations.

Located in Campo Santa Margherita, this traditional gelateria stands out from its competitors. You will recognize it by the long line of people, both locals and travelers, waiting for service. Their signature flavor is the Crema de Doge, a sumptuous mixture of chocolate, cream, and oranges. Also, the staff is very friendly, and they are normally opened until late at night.

La Mela Verde is a small artisan gelateria not too far from Piazza San Marco that features great quality at reasonable prices. It has a small but outstanding choice of flavors made with fresh ingredients. If you visit this charming place try the giotto gelato, made with white chocolate, almonds, and coconut.

A relative newcomer to the local gelato scene, Grom is part of a growing international empire known for making consistently good gelato. Their products might be a little more expensive than what other gelaterie offer, but you get what you pay for. With four locations spread all over Venice, Grom only uses high quality organic ingredients, offers gluten-free options, and works with sustainable practices.

One of the most popular gelaterie in Venice, La Boutique del Gelato is a tiny artisanal outfit with a dedicated local following. Don’t be surprised if you have to wait a while for service; there is always a crowd at this standing room only gelateria. Just take it as proof of their commitment to making some of the creamiest and most delicious gelato that you can find in Venice.

This is another great option for gelato in Venice. If you take yours to go at the bar, you pay half price. But if you are looking for a place to sit down while enjoying your sweet treat, Gelateria Da Nico has a beautiful terrace overlooking the Gran Canal and Giudecca Island. Talk about a win/win situation!

As you can see, you have plenty of options for tasting authentic gelato in Venice, you just need to know where to go. For addresses and contact details, just click on the icons on the map above.

Pin This for Later

And if your sweet tooth is not entirely satisfied, may we suggest the Sweet Taste of Venice tour? This small group tour will take you around Venice’s traditional bakeries to sample the best of Italian coffee culture and the best desserts in the city. Since the tour tends to fill up quickly, so it is recommended to book early.

This post was originally published in April 6th, 2015 and it was last updated on November 8th, 2017.

Do you have a favorite gelateria? Share your favorite spots for the best gelato in Venice in the comments section.

All stories by : Bianca Bauza
7 Comments