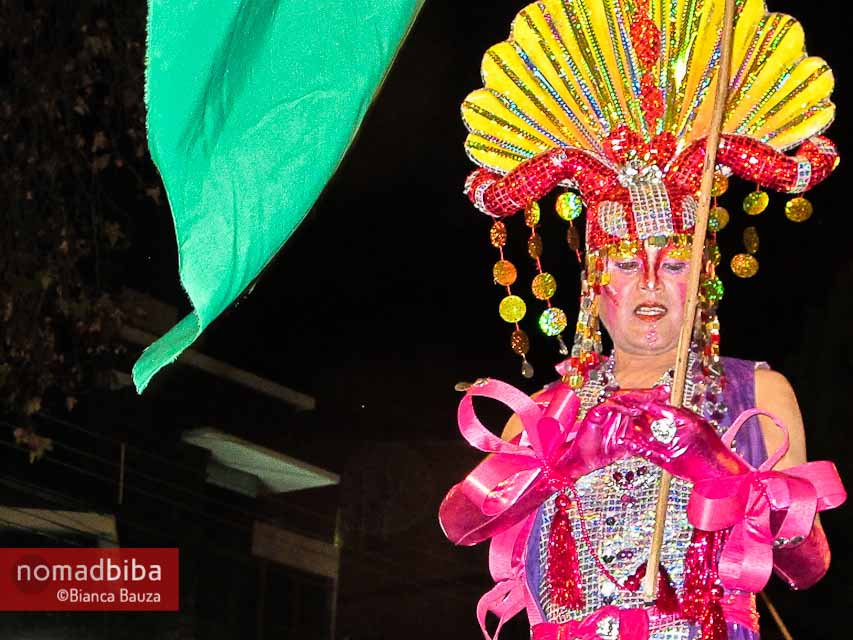 Conveniently located in a valley in central Bolivia, Cochabamba is the country’s fourth biggest city. When I was traveling in Bolivia, I wasn’t planning to stop in Cocha, as some people call it. Just like most travellers, I was going to skip it. But then, I learned that there is great street art and that its main market, La Cancha, is one of the biggest open air markets in South America.

One evening, I went for a walk around the city center with a friend and we stumbled upon the annual gay pride parade. We were attracted by the pumping music and festive atmosphere. Slowly, we managed to squeeze our way to the front to get a better view of the participants and their elaborate costumes. It was a parade full of glam, glitter and kaleidoscopic colours. 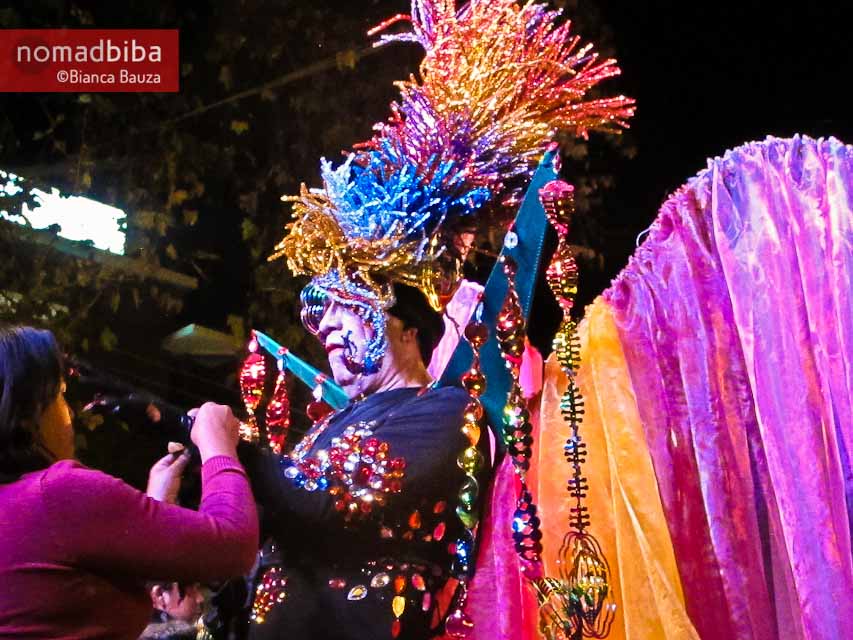 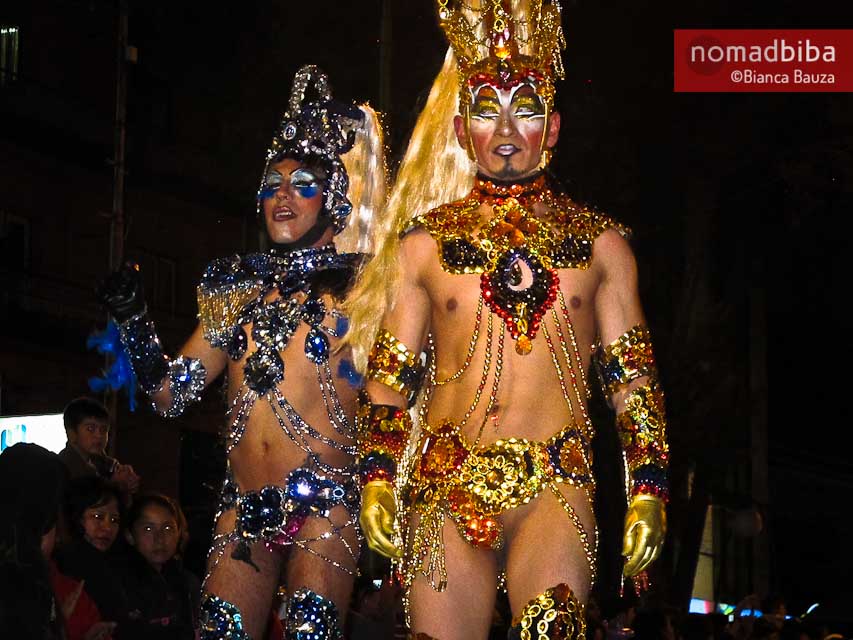 Before that evening, I had never attended a gay pride parade in South America. Back when I lived in Montreal, the Gay Parade was a huge event. People came from near and far for a weekend of epic partying. I didn’t expect to find such an event in Cochabamba, because I think there’s still a lot of machismo in South America. As a latina, I think that sadly there are still many cities in South America that are not ready for a Gay Pride parade. But in Cochabamba I was positively surprised at how supportive and accepting the audience was. 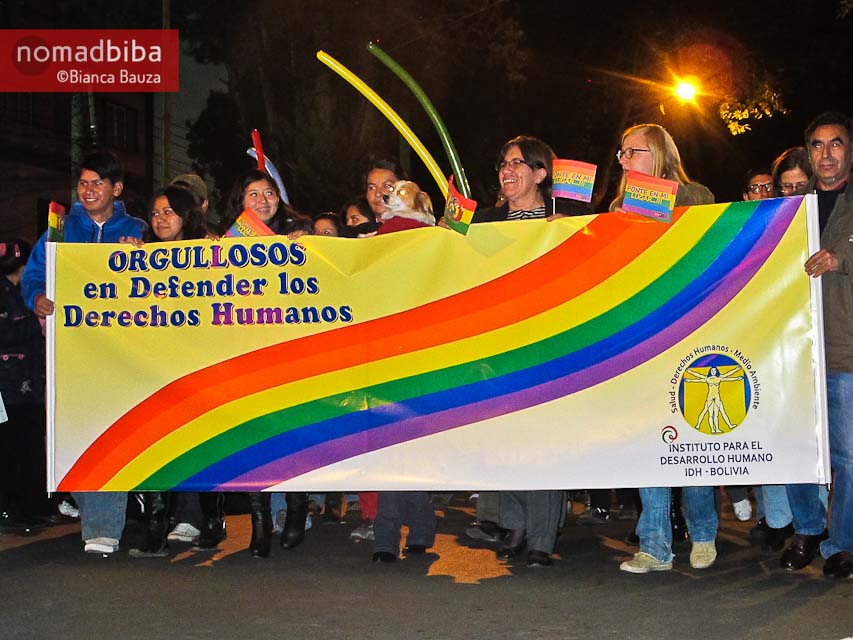 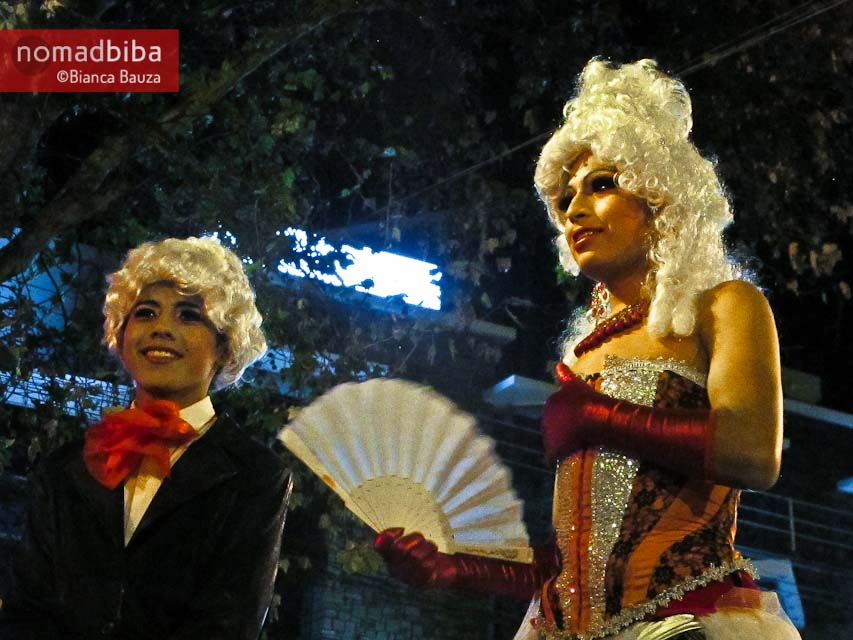 Cochabamba was definitely not one of those places. People were really enjoying the event, commenting and admiring the outfits — some of which were truly out of this world — and being very pleasant about the whole thing. In fact, I only heard one negative comment in the whole evening.

Another impressive thing were the shoes! You wouldn’t ever believe that it’s physically possible to walk in some of them. Also, I liked the cholita outfits and the other traditional Bolivian costumes. It turned out to be a pretty nice evening. 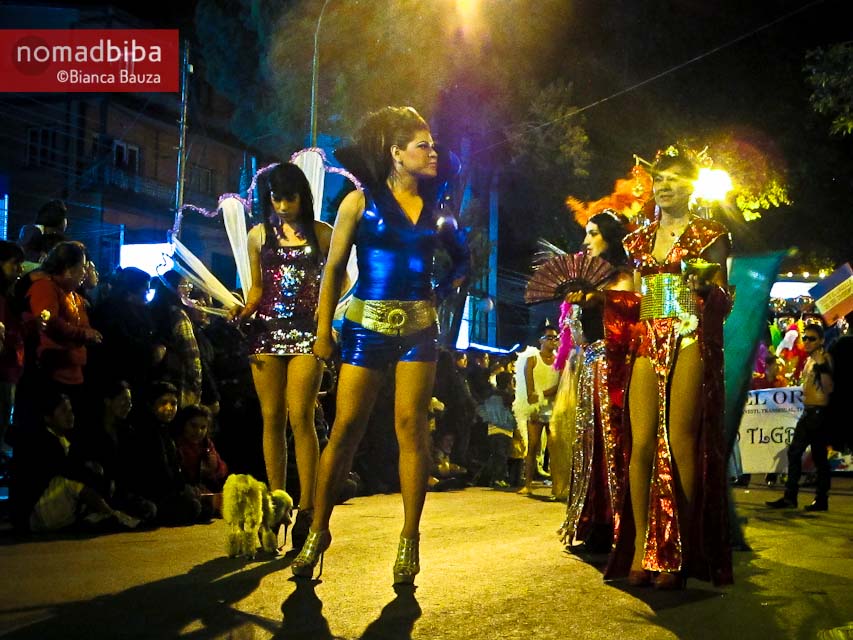 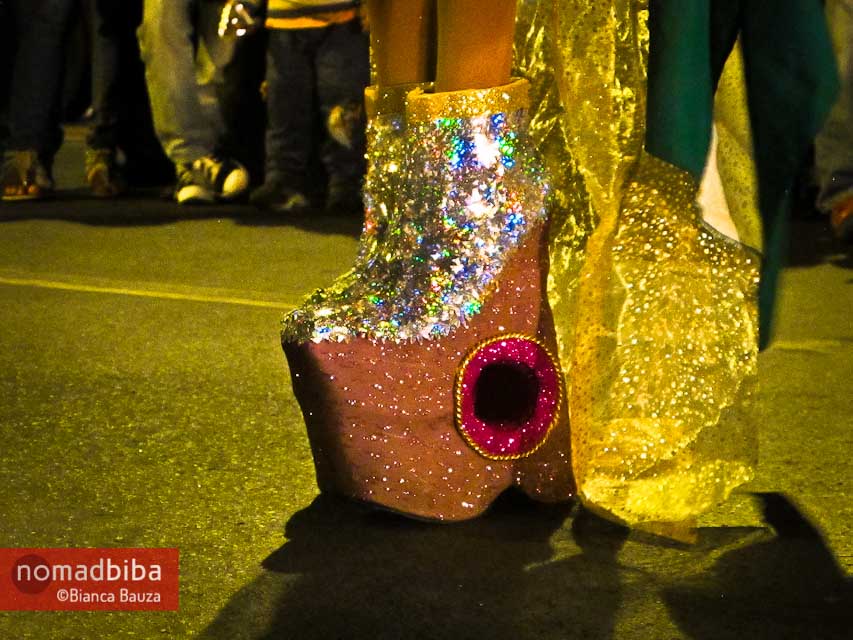 This year the parade will be held on Saturday, June 28th. For more information about Gay Pride in Cochabamba and the local gay community, go here. And if you’d like to see more photos from the parade, check out my gallery.

Have you ever attended a Gay Pride parade? How did you like it? Leave me a comment, I’d love to know!