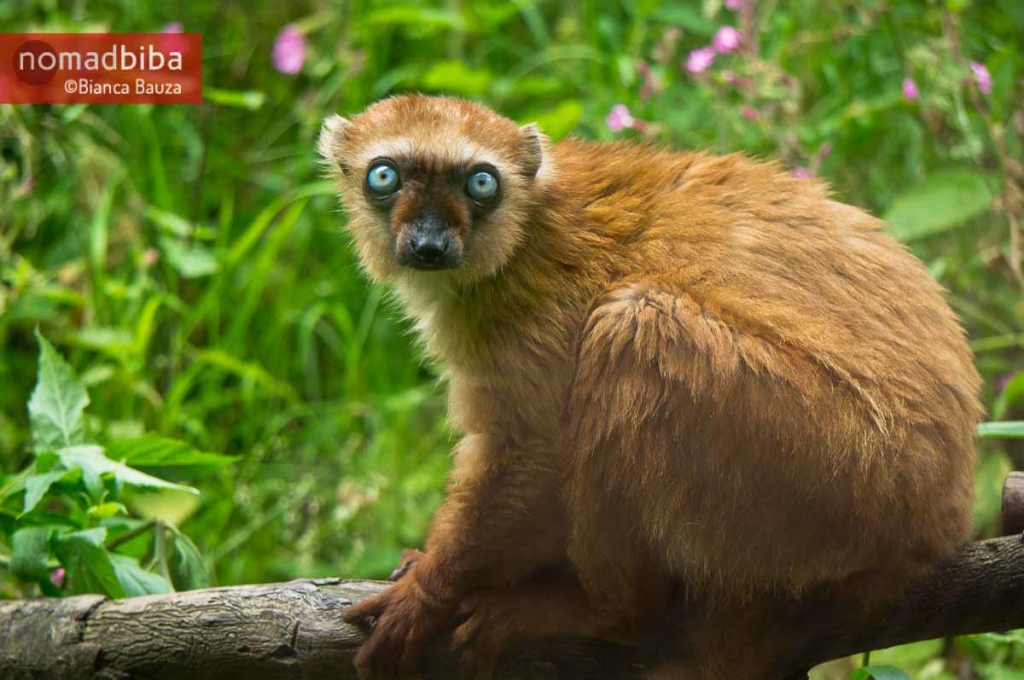 A couple of days ago I visited the Apenheul, a primates zoo in Apeldoorn, Netherlands. One of my favourite creatures that I saw in the park were the lemurs, a primate group from Madagascar. In  the photo, you can see a female blue-eyed black lemur. The main physical feature of this species is their peculiar blue eyes, which make them stand out in the primate world. Also, in this species males have black fur, while the dominant females have a reddish-brown coat.

Today, the blue-eyed black lemur is one of the world’s 25 most endangered primates. It is estimated that there are less than 1000 individuals living in the wild. The main threat to their survival is habitat destruction.

Do you normally visit zoos when traveling? Which ones are your favourites? Why? Leave me a comment, I’d love to know!