We just came back from an intense month-long road trip around Colombia. For this journey, we visited many of the country’s most popular spots and did a few hikes. While staying in San Gil, we decided to do the walk on the Camino Real from Barichara to Guane with our sixteen-month-old baby.

With its cobblestone streets, sleepy atmosphere, and immaculate white-washed houses with red-tiled roofs; Barichara is a charming colonial town where time seems to stand still. During low season, you can see just a few people wandering its streets. Considered as one of the prettiest towns in Colombia, it’s also part of the country’s Network of Heritage Towns. Since I briefly visited Barichara in 2011, I’ve been looking forward to going back. 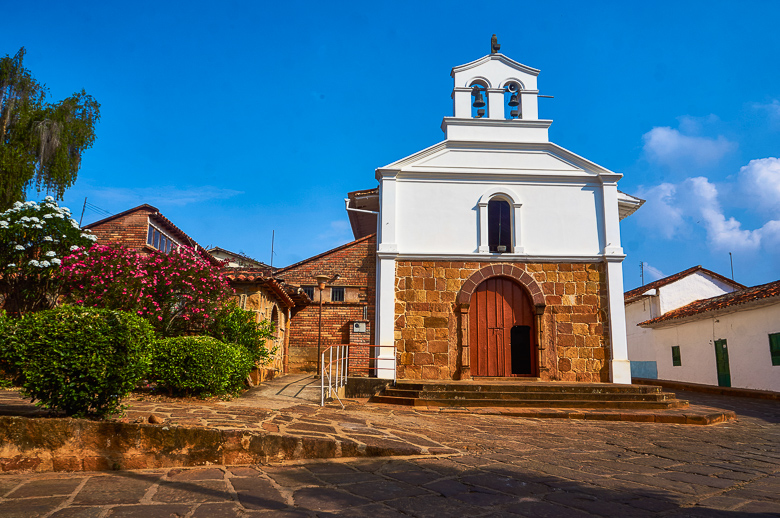 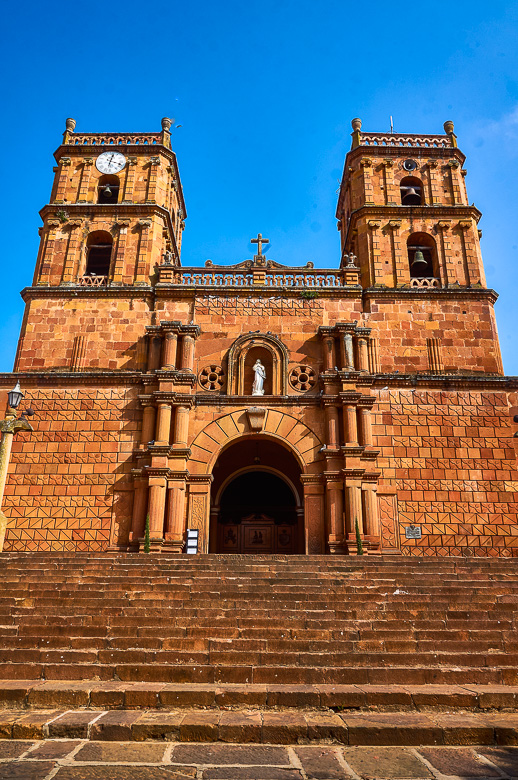 Camino Real from Barichara to Guane

It was still early morning when we parked our car next to the Capilla de Jesús, but the day was already warming up. Still, this was the first hike of our road trip and we were glad to be outside after an intense day in the big city of Bucaramanga. The start of the trail was just a couple of blocks away on Carrera 10. From there, you just walk for about 6 km on a stretch of the old camino real until you reach Guane. With the burning heat, it is great that most of the way is downhill. 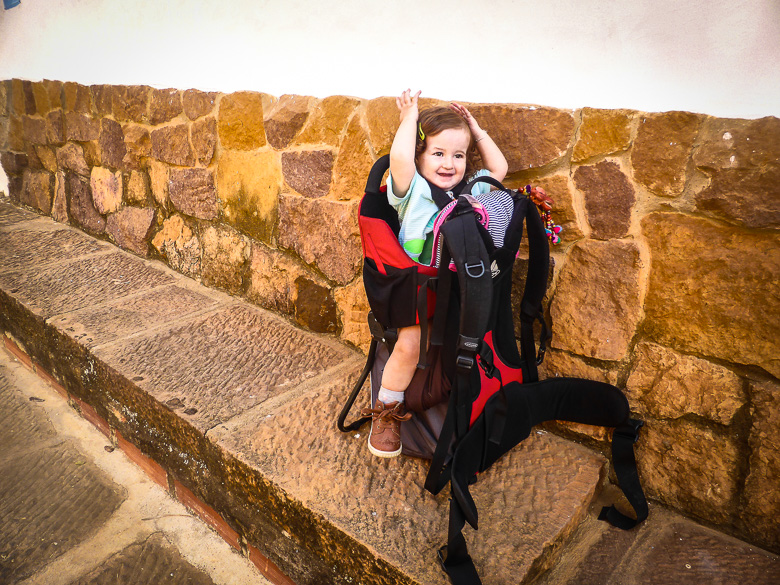 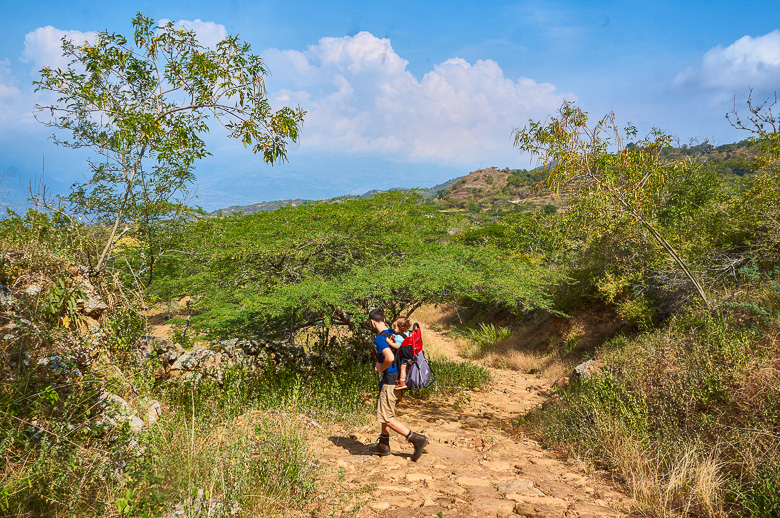 The trail was originally made by the indigenous Guane people and then used by the Spanish conquistadores. In 1864, it was restored by the German George von Lenguerke.

During the hike, we enjoyed admiring the moss-covered trees and several exotic birds. It was here that we spotted one of the most stunning birds we saw during our trip to Colombia, a colorful motmot. 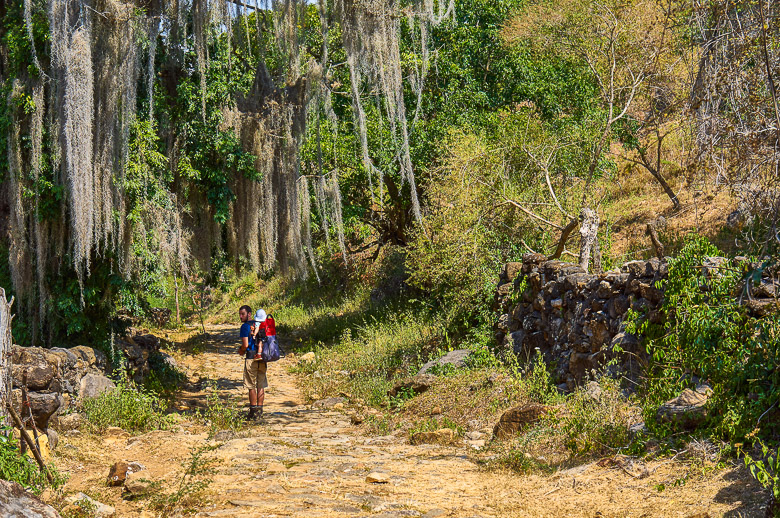 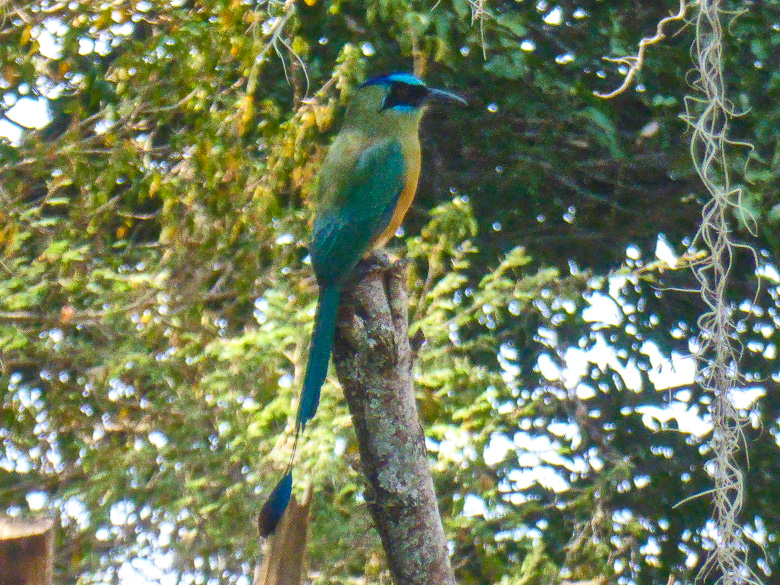 After just a couple of hours, we arrived at the tiny village of Guane. It looked like a smaller version of Barichara. We sat at the plaza for a while and then drank a cold beer in a restaurant while we waited for the archaeological museum to open. Before hopping on the bus back to Barichara, we went to the museum for a quick look at their small but impressive fossil collection. 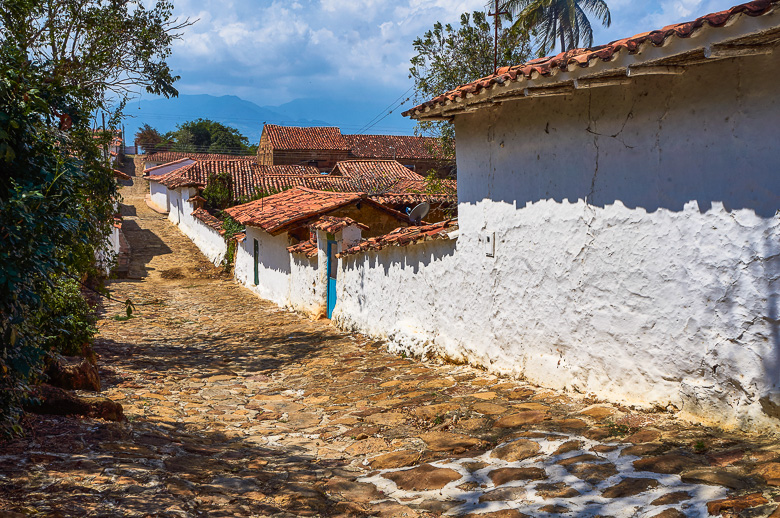 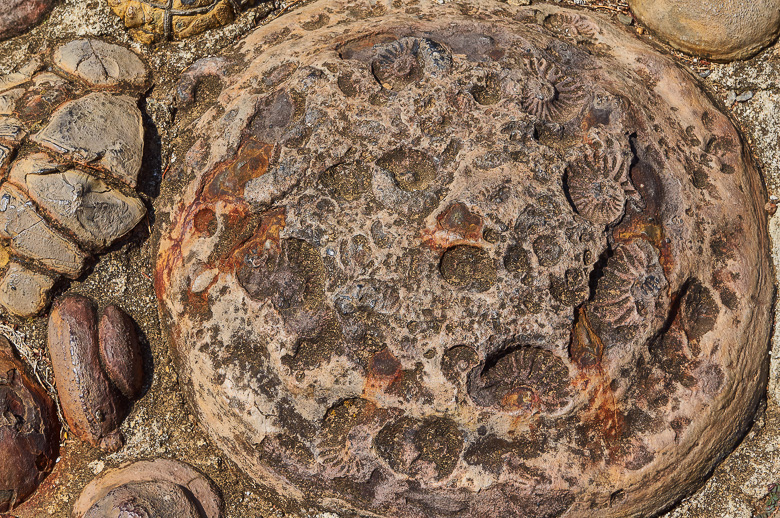 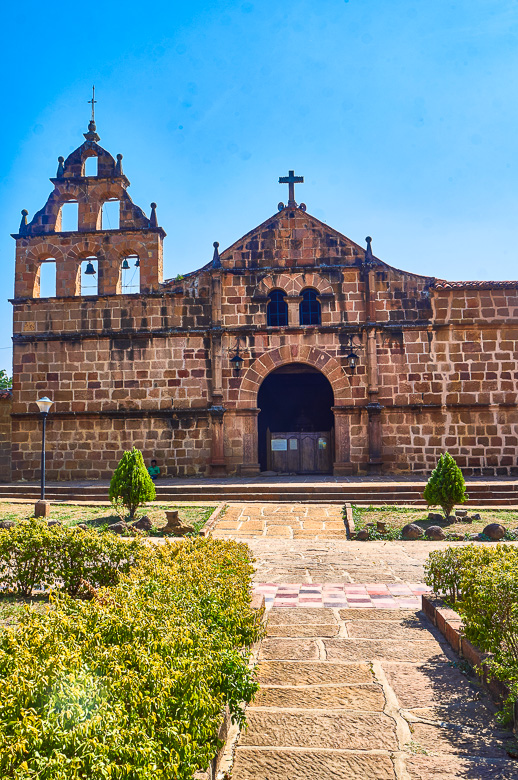 From Barichara to Guane with Baby

This was our first walk in Colombia — a mellow downhill start, we thought. But the intense heat made our loads even heavier on our shoulders. We had enough water for the three of us, and then more. And plenty of snacks, diapers, and clothes. On the other hand, our baby didn’t seem to mind the heat and it didn’t take long for her to fall asleep.

The path was lined with fences on both sides. When we wanted to stop for a break, we looked for shady spots on the camino real. For our little girl, it was a nice opportunity to be outside and play. She also liked playing on the main square in Guane and saying hola to people.

To go back to Barichara, we took a bus in the main square. The bus was not full and the ride was smooth. And she fell asleep again… 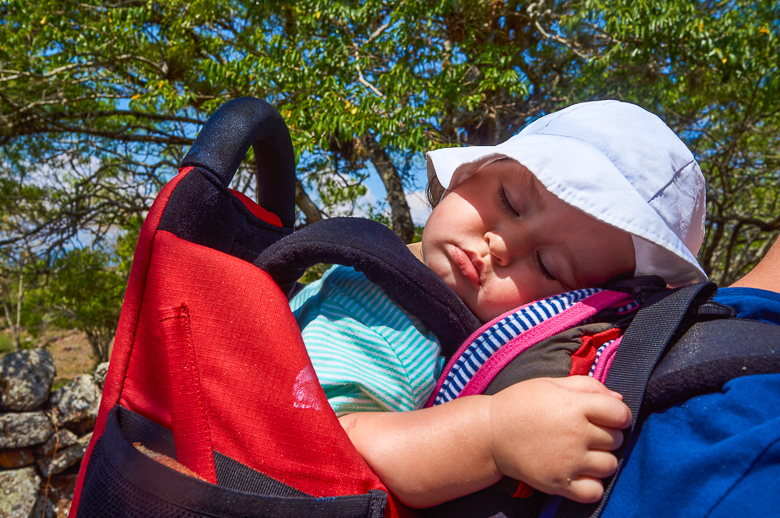 Walking this stretch of the Camino Real from Barichara to Guane gave us a nice view of country living in Colombia. Even if the heat was intense at some points, the trail was still nice and mellow. To get an idea of what the trail looks like, check out this video I found on Vimeo.

This lovely place serves great food. We had a yummy pizza with chorizo and a chicken shawarma plate; both were outstanding. This meal remained one of our favorites during our trip.

After you are done feasting at 7 Tigres, go next door to Oblearte for dessert. Here you will find an amazing variety of obleas — a popular treat consisting of sweet fillings sandwiched between a couple of thin round waffles (very similar to communion waffles).

Located right in front of the main square and serving decent coffee with a good selection of pastries and salty treats, this bakery is a great option for breakfast.

Archaeological and Paleontological Museum in Guane

This little museum holds a nice collection of fossils. There are so many fossils in this region that you see them everywhere!

If you enjoyed this post, don’t forget to pin it! 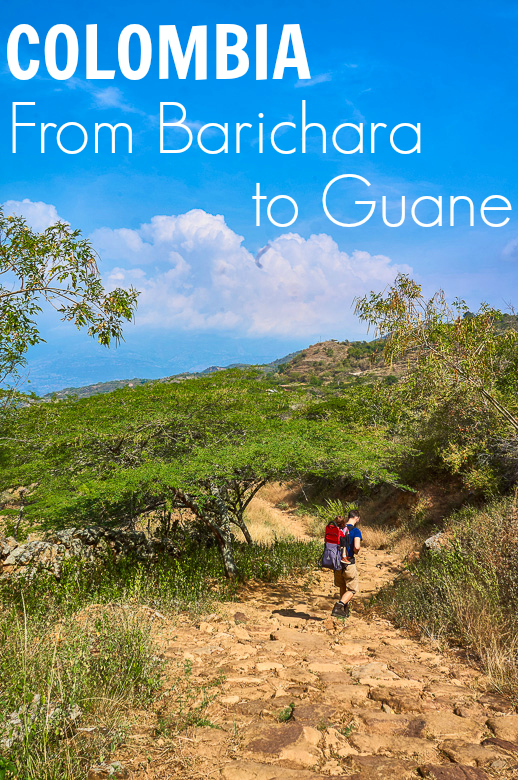