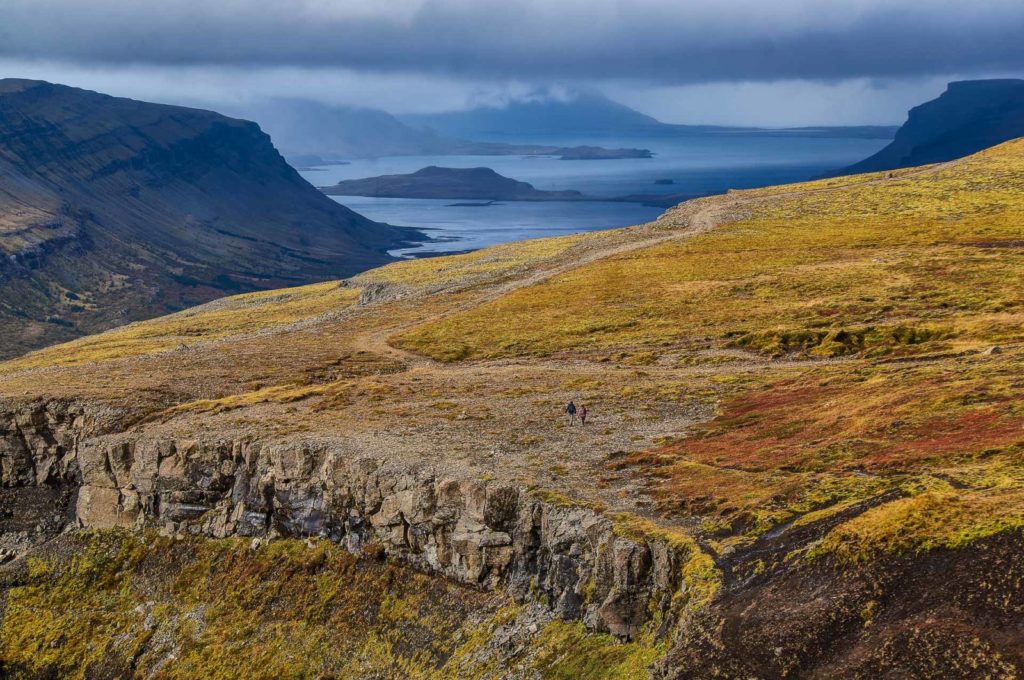 That morning we woke up early enough not to be the last guests to leave the campsite. Before hitting the road, we had a quick breakfast and coffee to warm us up. It seemed like the sun would start peeking through the clouds at any minute, so we were eager to get on the trail. For our first hiking experience in Iceland, we chose the hike to Glymur; a short 5.5 km fun hike to the country’s second highest waterfall.

Glymur is located in the Hvalfjordur fjord in West Iceland, just about an hour’s drive from Reykjavík. Until not so long ago, it was considered Iceland’s tallest waterfall. But recently, a waterfall that drops over 200 meters was discovered near Morsárjökull. 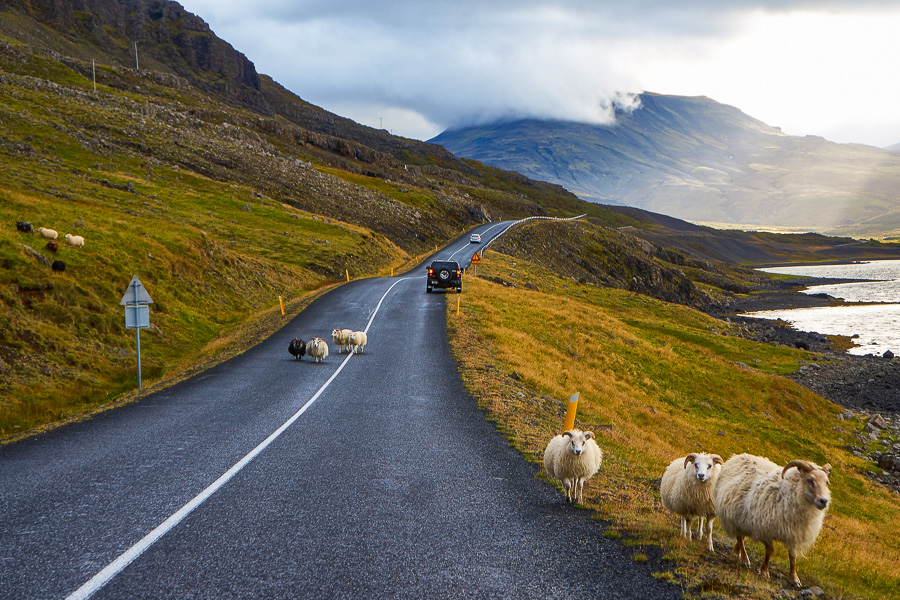 When we arrived to the parking lot at the start of the trail, there were only a couple more cars parked there. We took our time getting ready (we’re traveling with a toddler, remember?), and finally off we went. The air was crisp and there were some heavy clouds in the sky, but so far no rain. We counted ourselves lucky.

The first part of the trail, before getting to the river, was quite flat and mellow. Then, we reached a nice big cave with views on the river below. We were there at the start of the autumn season, so the colors of the vegetation were just amazing. The different shades of yellow and orange add even more to the beauty of this stunning place. 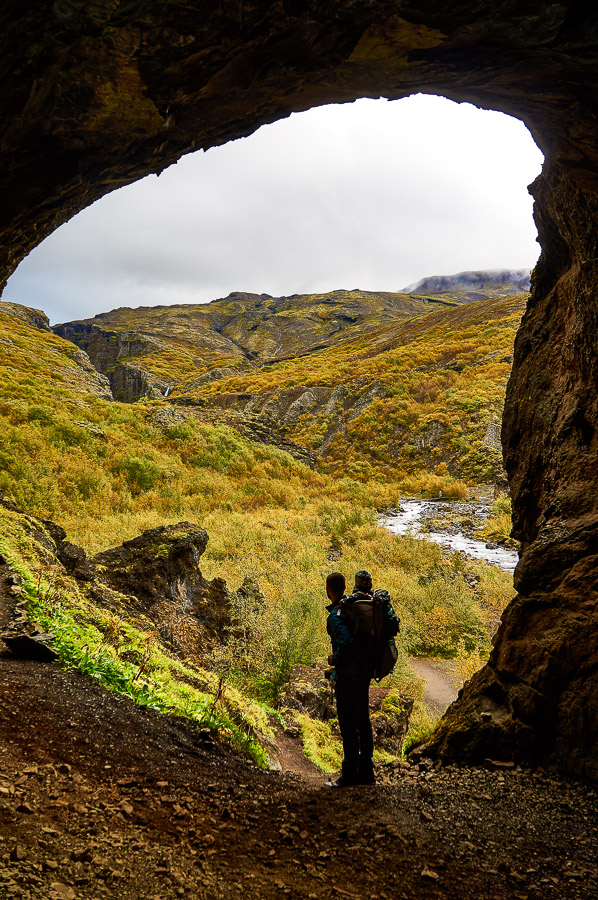 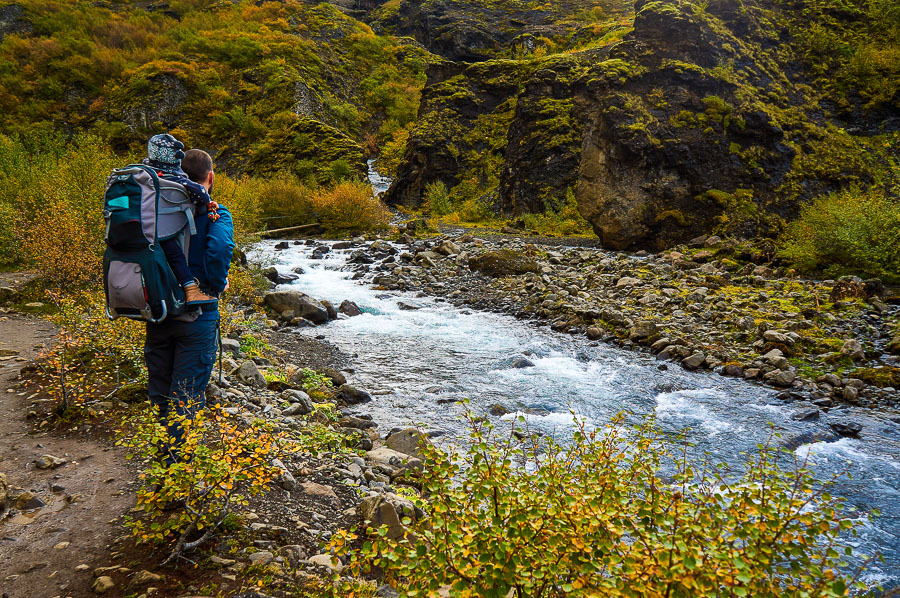 As we reached the river, the trail started to get more fun. To get to the other side of the river, you need to step on some stones and walk on a log. I was a bit nervous about falling in; but, as you can see, Edwin and Ayla were just having a great time. Gladly, we all made it OK to the other side :)

From then on, we started the climb up. The trail is well maintained and not too tricky. There are some steep parts, but there are some elements in place to help you out. There was just one section which I thought was a bit dodgy, though. Just before starting the last ascent to get to the top of the waterfall, there is a stretch which goes down and it’s quite steep and narrow. But that’s it! The trail is fun and the little obstacles add to its charm. The best thing are the views, of course. As you hike up, don’t forget to look back once in a while. 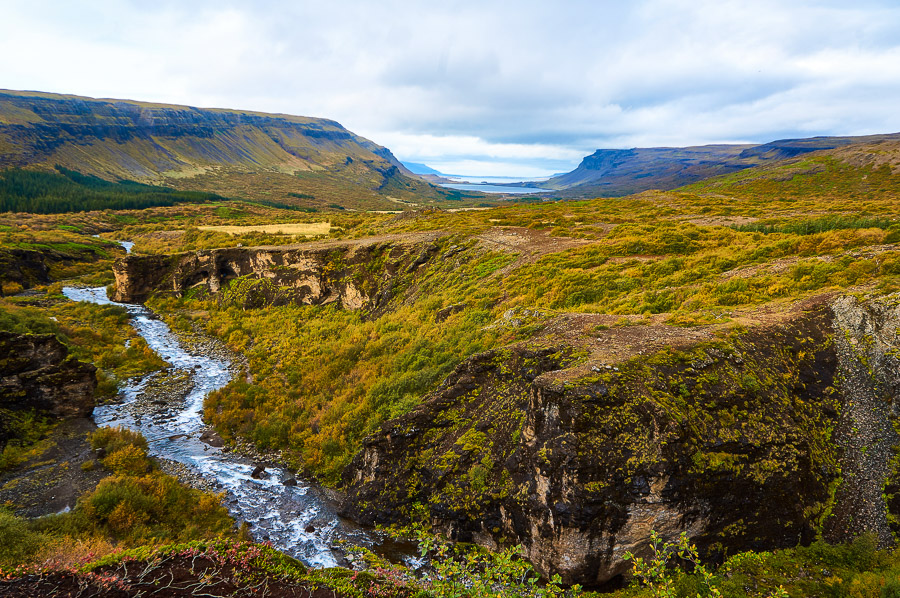 Finally, as you get higher, Glymur starts to come into view and it’s pretty amazing. The waterfall drops 198 metres (650 ft.) down a narrow mossy canyon. It is quite a beautiful sight. We continued the hike to the very top, admiring the views on this awesome waterfall. 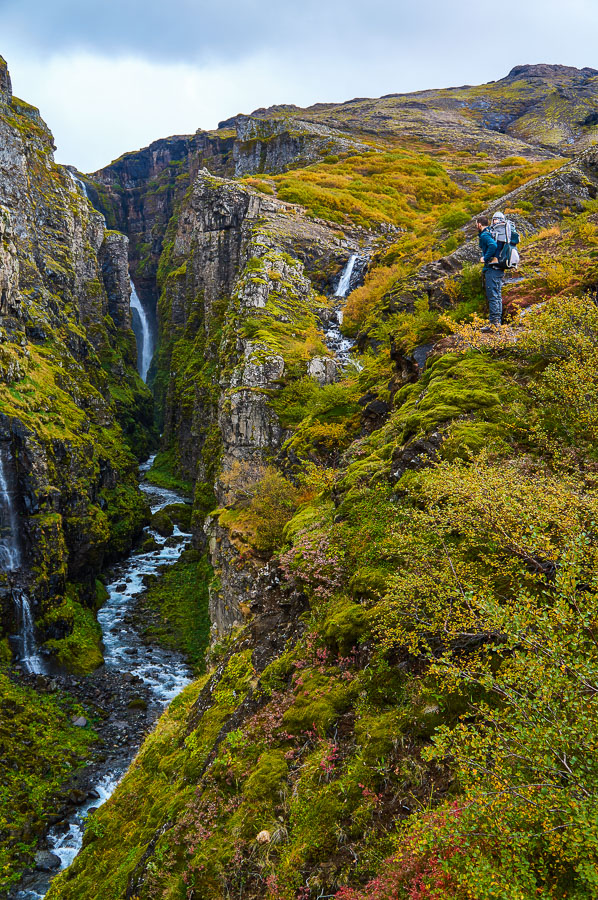 Since it was very windy, we decided to go a bit further to see if we could find a more sheltered spot to have lunch. We followed the river for a few meters, until we found a nice place to rest and eat. Little Ayla was happy to walk around and climb on any little rock she could. 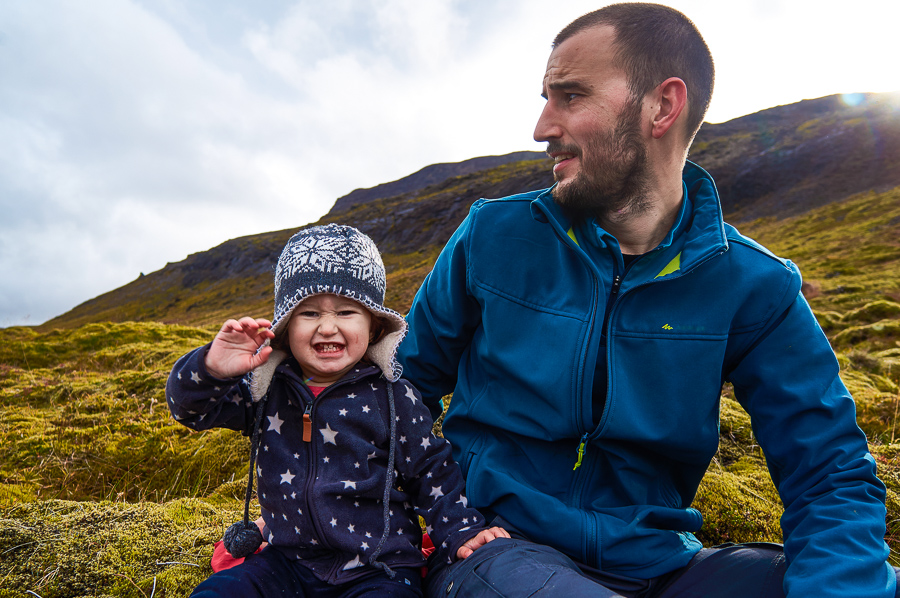 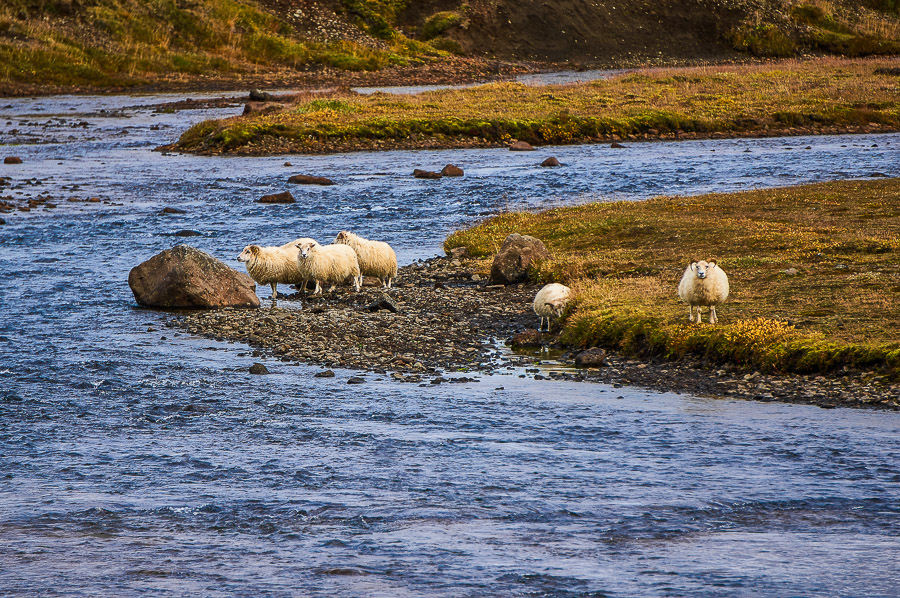 To go back, we had the option to cross the river and hike down to the parking lot on the other side. But since there were some dark clouds moving in and we were not sure how long we’d take on that side, we decided to go back on the same path as we came.

On the way back, Ayla soon fell placidly asleep. We also saw many more people heading up to the waterfall. And when we arrived to the parking lot, we saw that it was almost full. 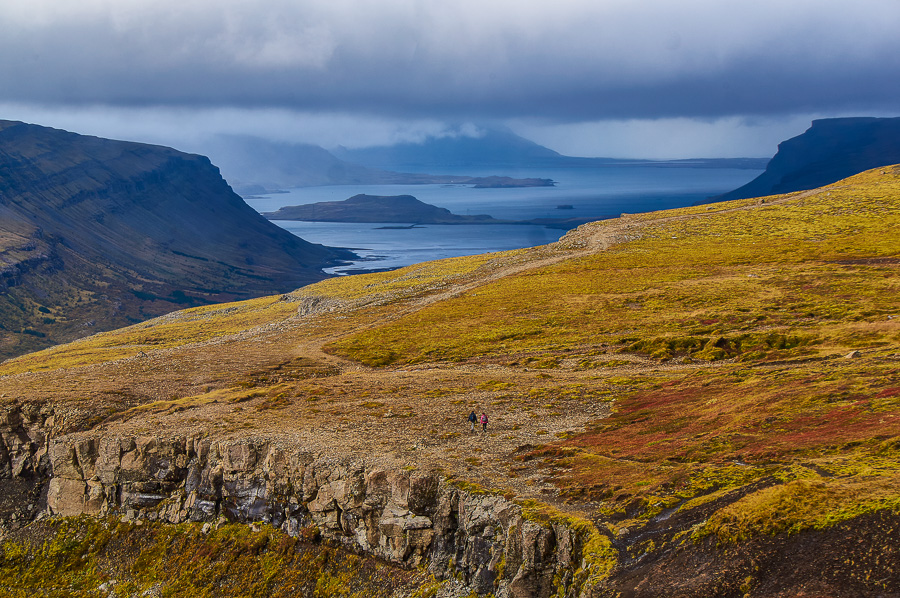 Overall, we had a great time doing the hike to Glymur. It was the perfect test hike to begin our Iceland explorations. If you are looking for a fun half-day hike near Reykjavík, the hike to Glymur is a great option. 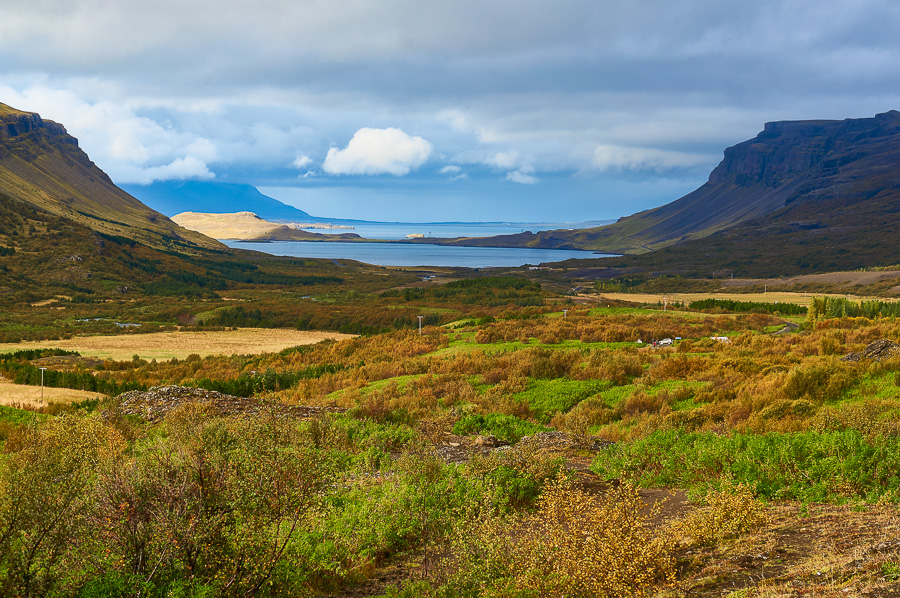 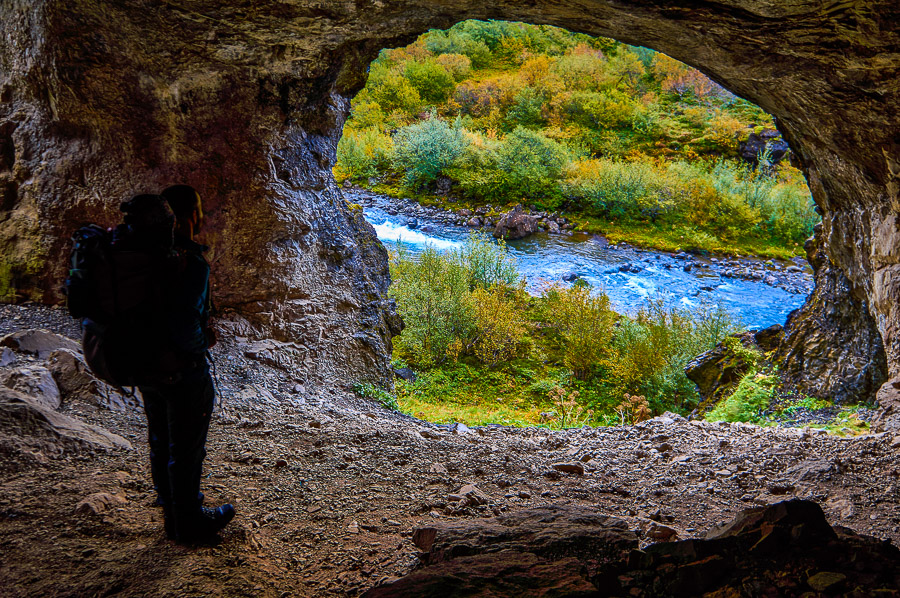 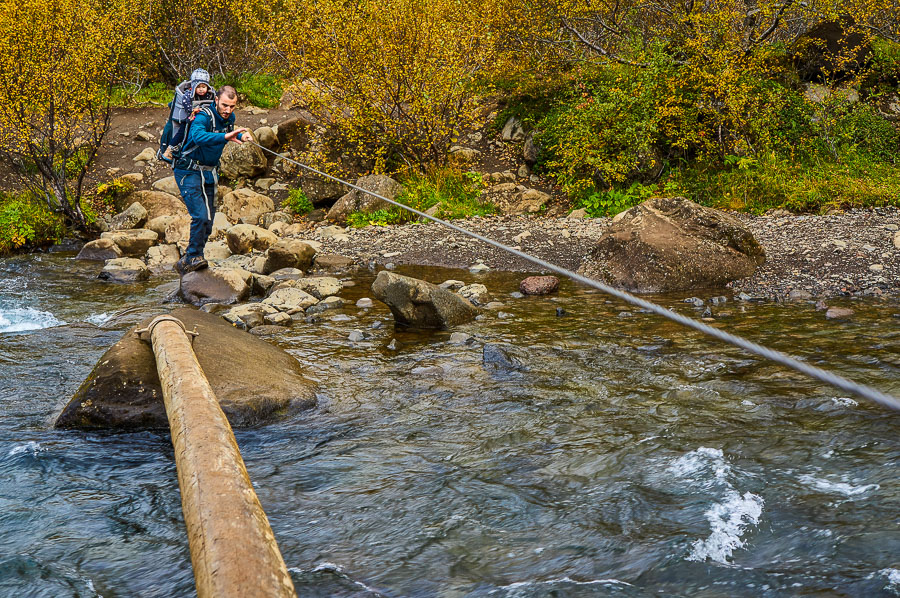 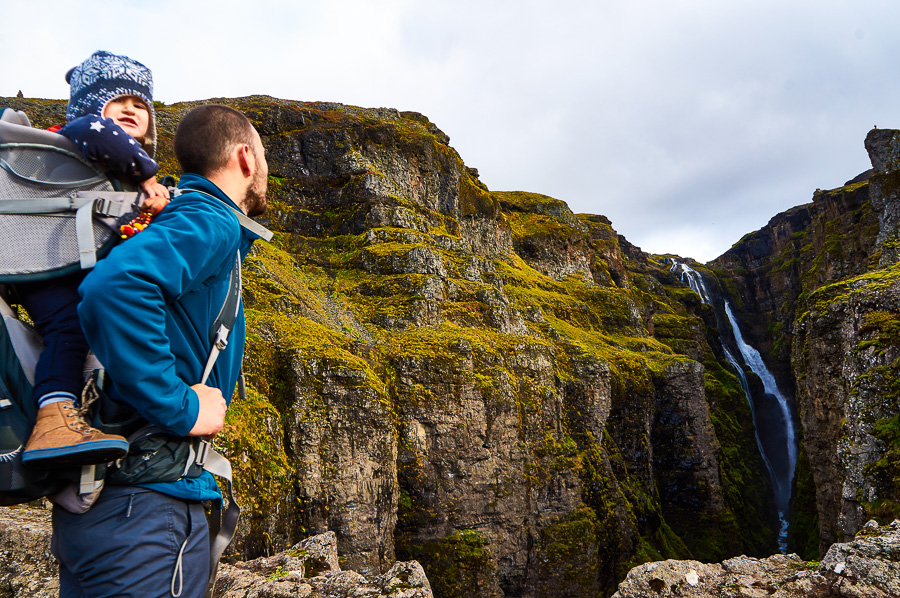 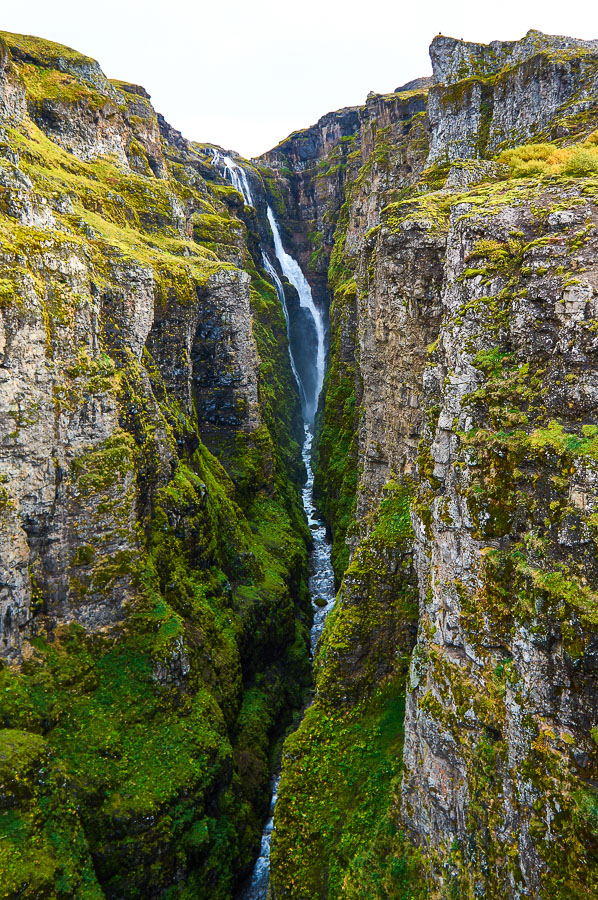 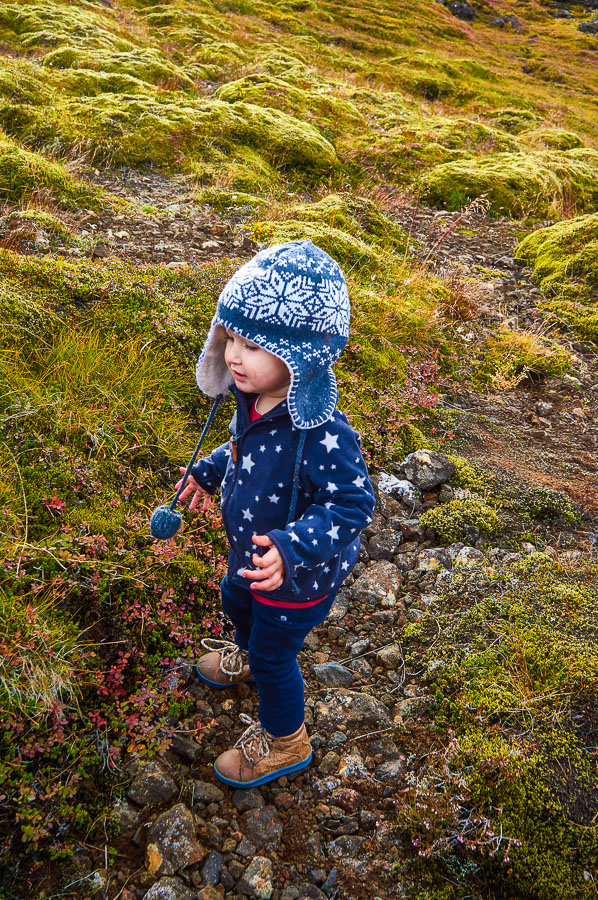 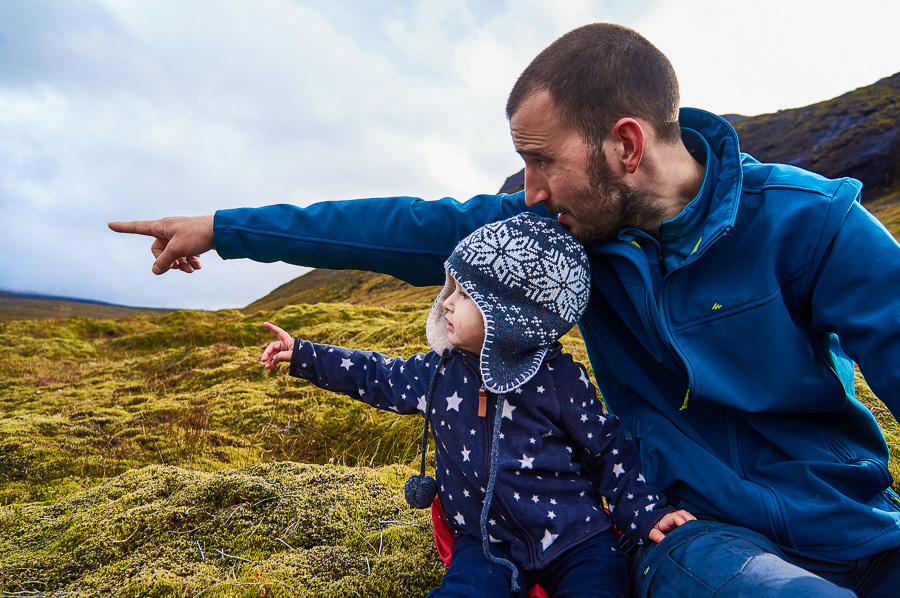 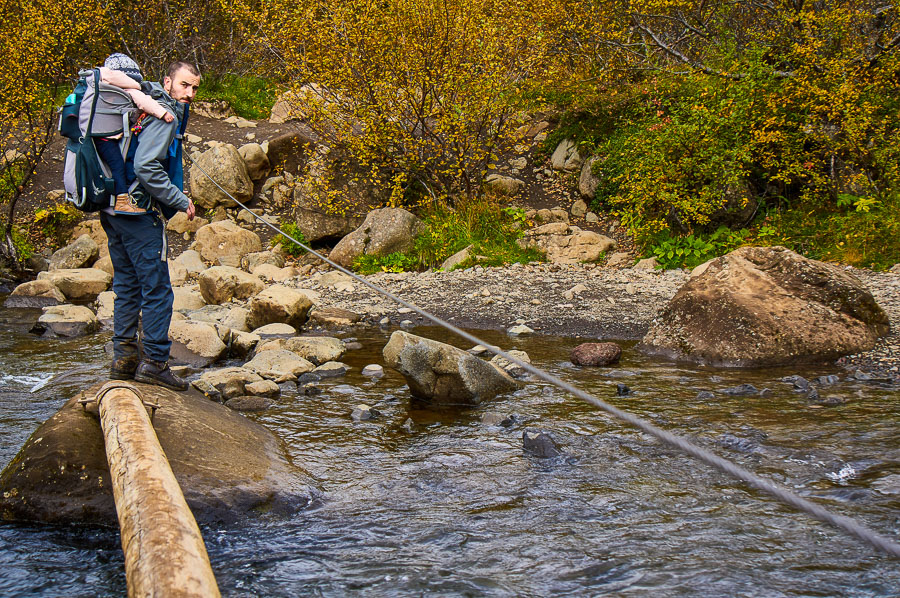 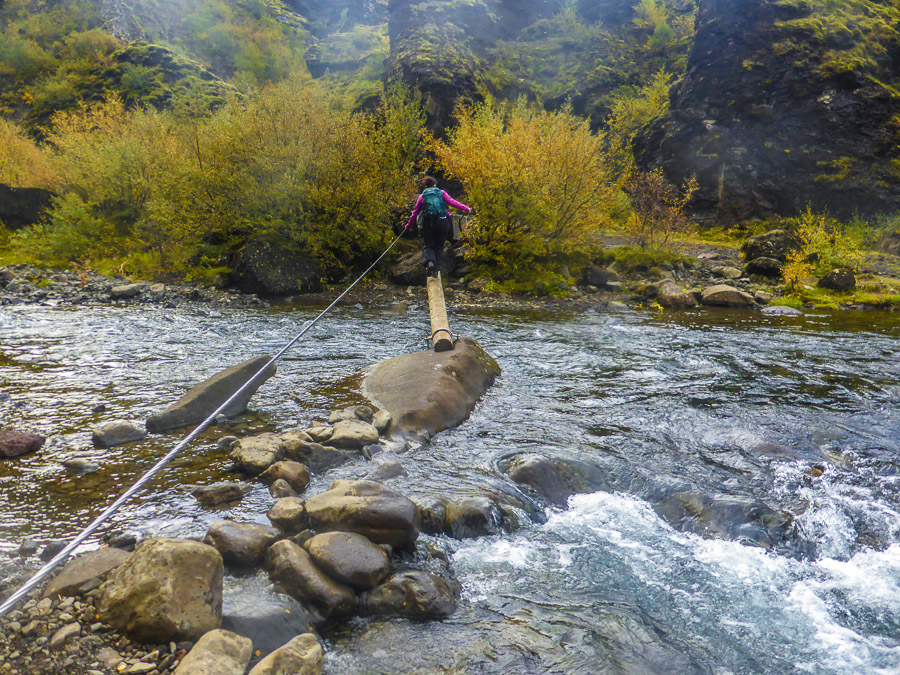 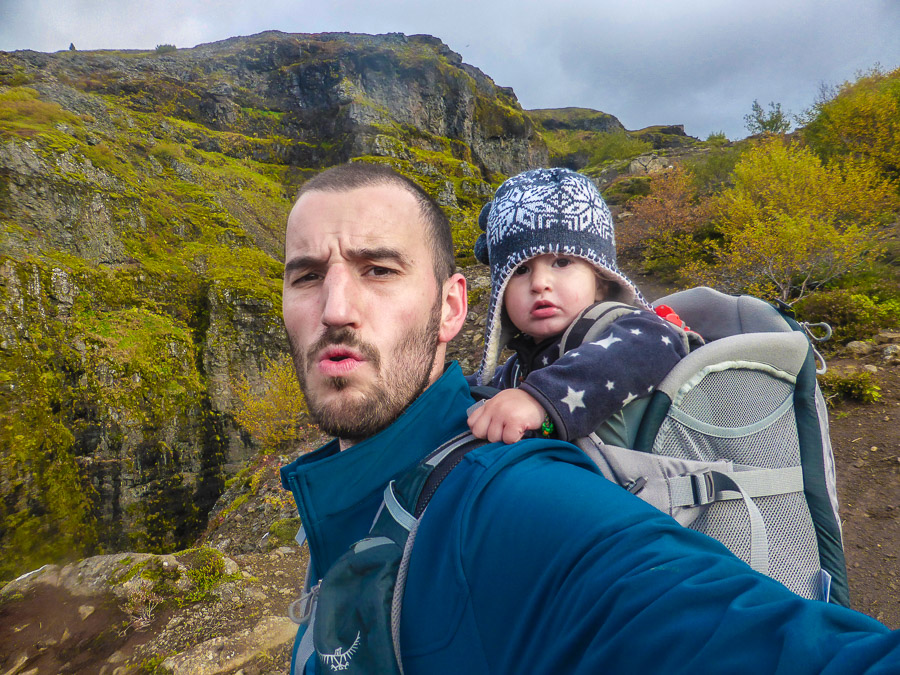 If you found this post useful, don’t forget to pin it for future reference: 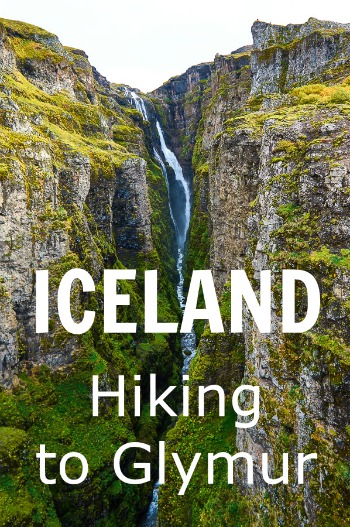 Have you done the hike to Glymur? How did you like it? Which other short hikes would you recommend in Iceland? Leave a comment and let us know!

Previous Post
Amsterdam: Comfort and Style at the Albus Hotel
Next Post
Guide to the Ring Road Trip in Iceland
Close