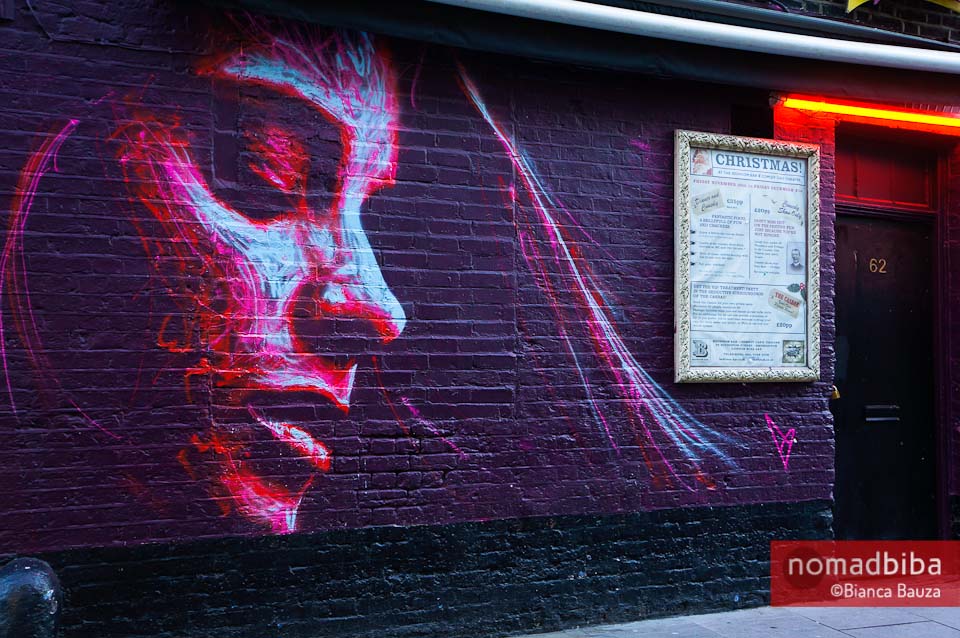 When I knew I was going back to London, I was really excited. Despite being born there, I had only spent a weekend in the British capital on the last 12 years. I was looking forward to meet old friends and see how much things had changed from the little I could remember about London. One thing was for sure, it was great to see how much great street art there is in Shoreditch, East London. And no, I didn’t see anything from Banksy; but have a look at some of my favourite finds and enjoy!

Fairey is an American artist and illustrator who is considered a legend in the street art scene. If you don’t recognise his name, you’ve surely at least seen some of his works. He has created some iconic pieces, such as the OBEY Giant and the Obama Hope poster. Fairey’s works go beyond the purely aesthetic, he is also an activist who aims to make people think.

Another accomplished artist, Eine is a world renowned writer that has achieved recognition for his typography style. He’s collaborated often with Banksy, he’s designed a scarf for Louis Vuitton, and one of his prints was given to Obama as a gift by British Prime Minister Cameron. Not too shabby for a guy who’s been arrested for vandalism a few times, isn’t it?

ROA is a very popular street artist from Ghent, Belgium. He normally paints big murals of animal figures in black and white. You can find his works in some of the biggest street art meccas, from New York to Paris, to Berlin and Valparaiso. If you’ve been around Shoreditch, you probably came across this guy.

Local artist, David Walker paints portraits (mostly of beautiful women) using only spray paint. His unique style has been praised internationally because of his technical achievements. Recently, he was commissioned to paint a portrait of Angelina Jolie; which will be auctioned for charity this month.

NETHER is an American artist from Baltimore that does paste-ups. His pieces are mostly black and white with a bit of sienna thrown in. He portrays everyday people and he likes to see his art as a way to make neighbourhoods look nicer.

Padure is a young Romanian artist, currently based in Porto, Portugal. His art is full of fantastically surreal characters that remind me of the Inspector Jacques Clouseau cartoon from the Pink Panther. Also, I love the simple lines and the lack of colour of this piece, which contrast with the dark purple wall.

Walking around London’s Shoreditch district is like visiting an immense open air gallery where some of the greatest street artists are exhibiting their works. This is definitely one of the best places for street art that I’ve seen in Europe. If you’d like to see more street art photos from my visit to London, visit my gallery.

All stories by : Bianca Bauza
8 Comments

Previous Post
UPDATE: My Best Shots to Capture the Colour 2013 – Blue Win
Next Post
Salar de Uyuni, One of the Best Experiences of My Trip
Close