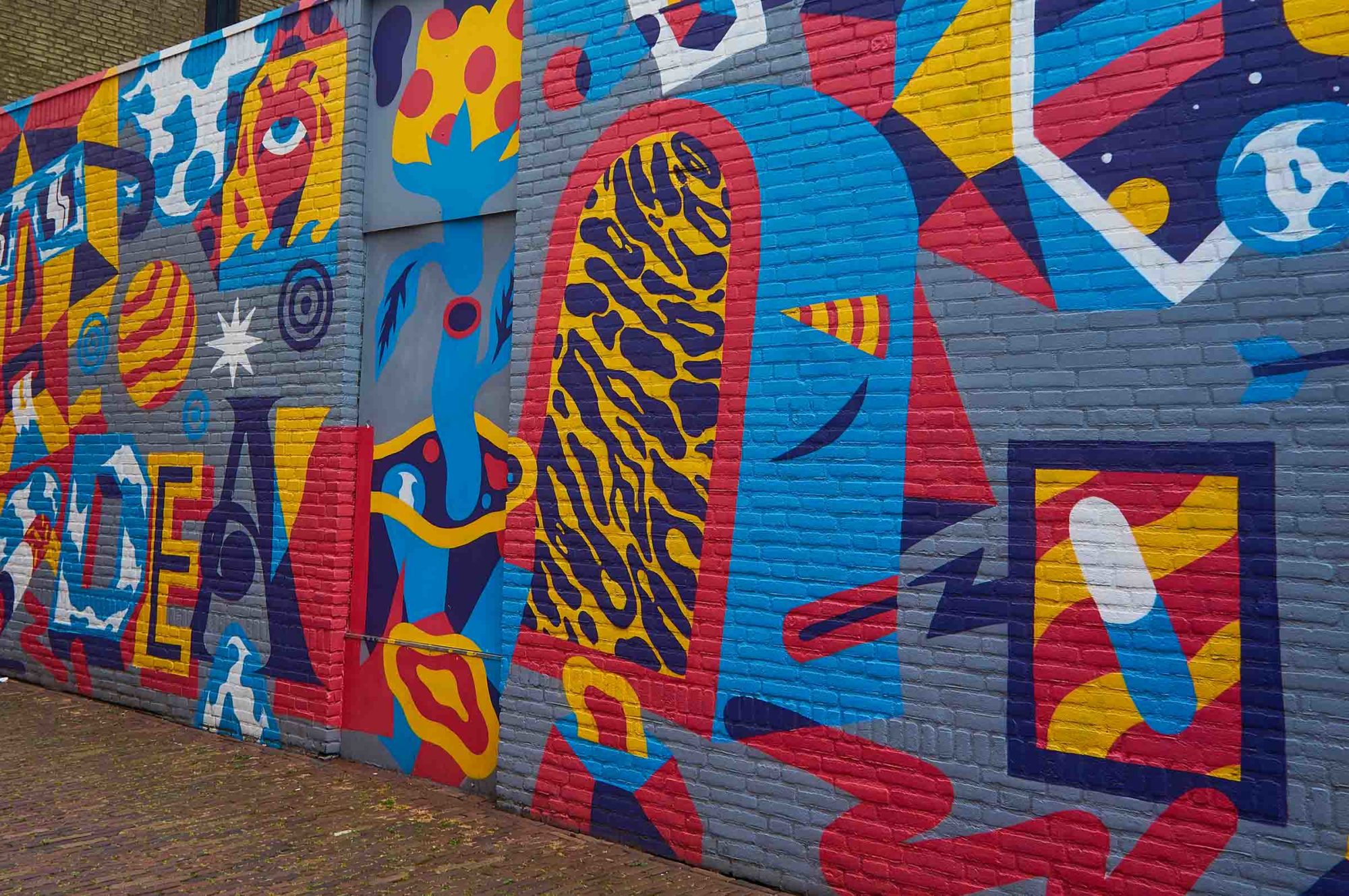 Breda, a small city in the province of North Brabant in the Netherlands, might not be the first place on your list if you are visiting the country. Even though it is the ninth biggest city in the Netherlands, it remains an off the beaten path destination for tourists. And that is kind of a shame; because, among other things, it turns out that there is quite a bit of awesome street art in Breda!

I didn’t know much about Breda myself, but I became really interested in visiting when an image of a mural by urban artist Fin DAC popped up on my Instagram feed. Actually, obsessed might be a better word to describe my fixation. Because yes, I’m one of those people who would go anywhere where there’s great street art.

The Best Street Art in Breda

As I did my research before our visit, I realised that Breda’s street art scene was on point. Most of the murals you can see in the city have been created under the Blind Walls Gallery project. This innovative initiative started in 2014 and counts with the support of both the local government and sponsors from the private sector. The project aims to invite artists to paint walls in order to enhance the image of the city.

So far they’ve managed to bring some well-known street artists to paint some beautiful murals in Breda. But this project has also reached out to graphic designers, illustrators and typographers; bringing new elements to create a very interesting outdoor gallery, in my opinion.

This mural above was the one that caught my attention. It is a classic Fin DAC portrait featuring a geisha and the city’s colours, red and white. The first time I saw some of this London-based artist was in Cartagena, Colombia; so I was pretty happy to see his work again.

Ben Eine is another well-known British urban artist who has also participated in this project. If you are into street art, you’ll most likely recognise his signature colourful typography. He has actually completed four large-scale murals in Breda, which are located on the railway underpass near the train station.

For this project, Ben Eine got inspired by the city’s industrial heritage and chose the words “Meaningful”, “Imagineer”, “Mesmerising”, and “Storytelling”. Breda is known as ‘City of Imagineers’ a home for diverse projects in the creative industry.

Polish artist M-City has also left his mark in the city. His mural features a futuristic looking robot that was also inspired by Breda’s industrial past; which shouldn’t be surprising since mechanical and industrial elements are often featured in his works. During his career, he’s painted over 700 murals all over the world. In fact, I saw one of his works in Lodz, Poland.

The mural below by Dutch design studio Thomas&Jurgen refers to an interesting story. The full piece reads “Trash to Treasure”, which is a reference to an event that originated on this same street.

Years ago, the owner of a local moving company who had in storage a chest full of drawings decided to sell them for a few cents a piece. Only to find out later that the drawings were much more valuable… They were Van Gogh’s! Can you imagine that?

Finally, another mural that caught our attention was this chaotic representation of contemporary consumer society by Portuguese artist AKA Corleone. It’s a very colourful piece with lots of details. Our little girl seemed to be fascinated by this work in particular, so much so that she asked me if she could take her own photos. And I have to say that made this mama proud. 😍

As mentioned, this is just a small sample of the murals we saw in Breda. You can see more of my favourite pieces in my photo gallery. Also, keep in mind that, so far, the Blind Walls initiative has helped in the creation of over 80 murals, so there really is plenty to see.

Plus, finding these murals is quite straightforward with the Blind Walls app (available in both Apple’s App Store and Google Play). The app features an up-to-date map of all the murals with information about each work and the story behind it. There is also an option to choose from three different routes in the app, which cover different sections of the city. I found it quite easy to navigate Breda with this app and wish that more cities would offer a similar option.

We really enjoyed our afternoon in Breda and would love to go back to see some of the murals we missed and those that have been painted since. This is definitely a great option for a day trip from Rotterdam (51km), Amsterdam (107 km) or even Antwerp (81 km).

Pin This to Your Boards 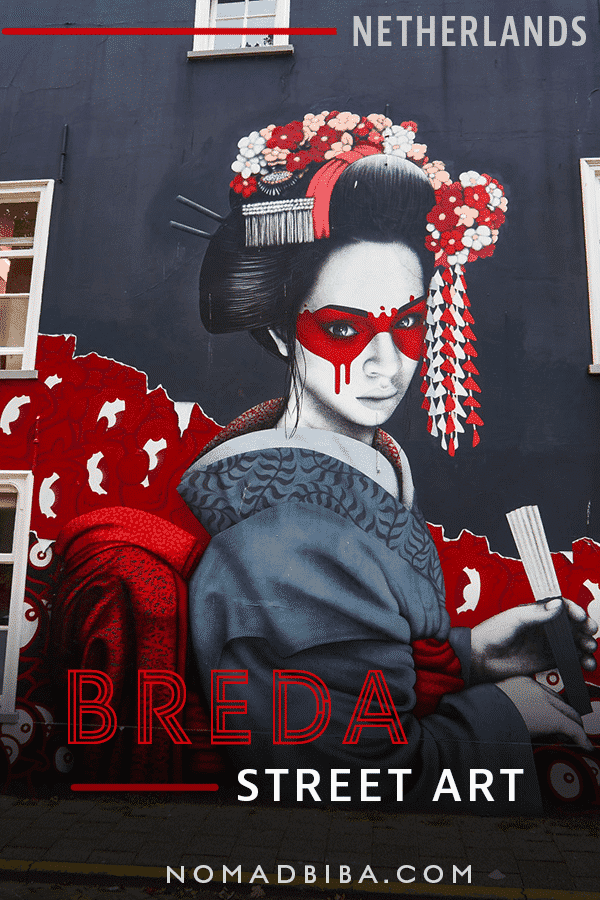