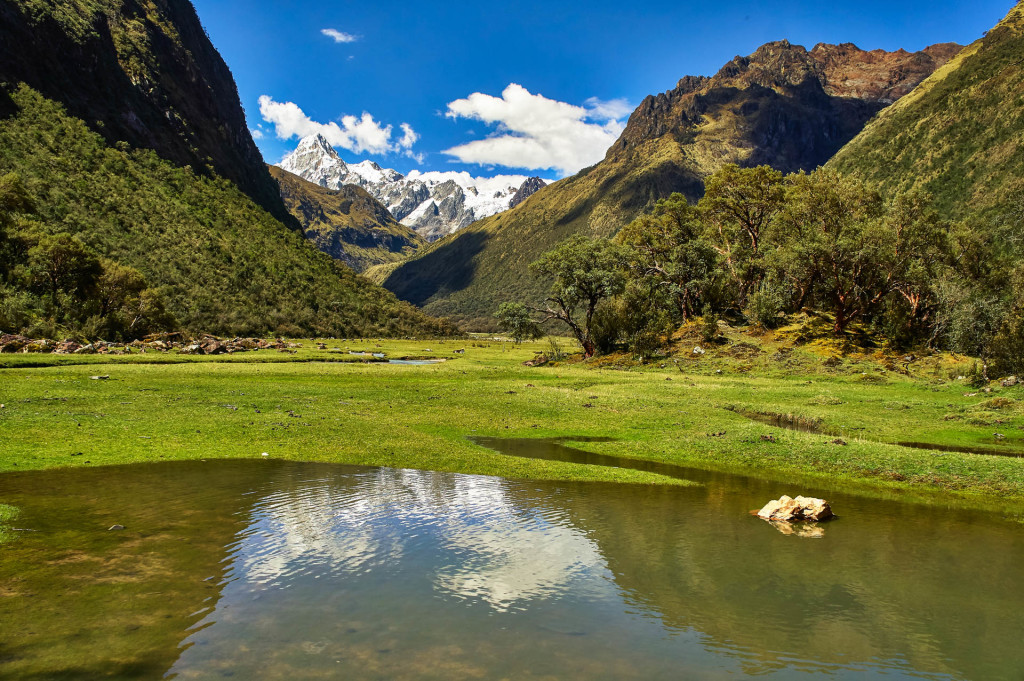 Hiking the Santa Cruz Trek Without a Guide

B efore arriving in Huaraz, I had heard wonderful things about the Santa Cruz trek. And after doing the Salkantay trek to Machu Picchu, I was eager to do another multi-day hike. But first, since I was coming from Lima, I needed to get used to the altitude again. So I spent my first days in the city going around looking for street art and searching for information about the trek. Also, I did a day trip to the Pastoruri glacier.

One lazy afternoon, I met a charming Dutch guy at the hostel where I was staying. We started talking and hit it off. We both wanted to do the Santa Cruz, but he didn’t want to go with a tour company. He preferred to do it independently and asked if I wanted to go with him. Since he had just returned from a twelve-day trek by himself in the Huayhuash circuit, I felt confident he’d be a good partner to do the Santa Cruz trek without a guide. And just like that, we started planning what would become our first adventure together. 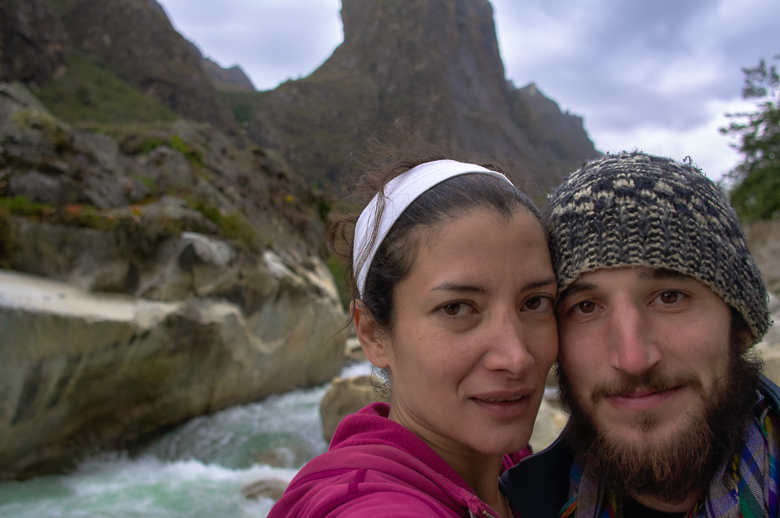 By the time we were ready to go, it was already the end of November, the high season was over and the crowds were gone. We bought enough food for 4-5 days and rented some gear that I needed for the trek. Since I was a little apprehensive about the altitude, I insisted on beginning the trek from Cashapampa rather than Vaqueria, which is the most common starting point for the Santa Cruz trek.

Day One: Let the Adventure Begin

To get to Cashapampa, we took a bus from Huaraz to Caraz. As soon as we got off the bus, we found a shared taxi to bring us all the way to the start of the trek. That ride was quite an experience. The taxi was an old hatchback loaded to the hilt with passengers — two adults and two children on the front seat next to the driver, plus four adults and another two children on the back seat —, market produce and our backpacks. It was amazing to see the old car negotiating the rough terrain with such a heavy load, but somehow we made it. 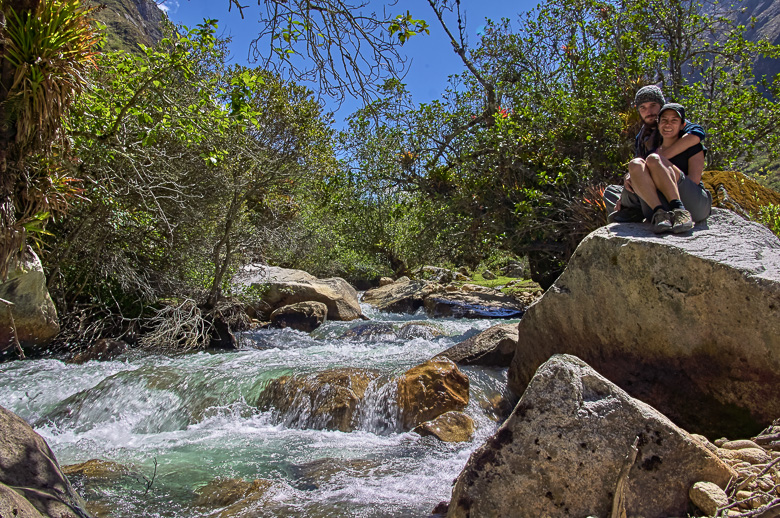 It was already the early hours of the afternoon when we finally started on the Santa Cruz trek without a guide. And even though the path looked pretty straightforward, we managed to loose our way and found ourselves on the wrong side of the river. Since we couldn’t find a way to cross it, we had to back track a little bit. Fortunately, we were in no rush and kept a relaxed pace. Soon we realized that we wouldn’t make it to the first camp, Llamacorral, by nightfall. So we settled on a nice spot next to the river, where we had gorgeous views of the mountains and the lulling sound of the water.

The next day we continued on with our trek, enjoying the views and keeping a relaxed pace. We were pretty happy with the weather this far. We had warm sunny days with blue skies and only a few clouds. For our second camping night, we found a nice spot by a lake. The views were stunning. 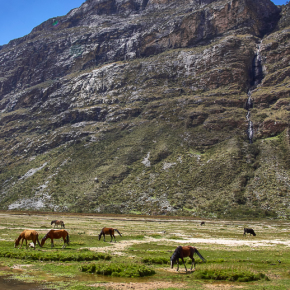 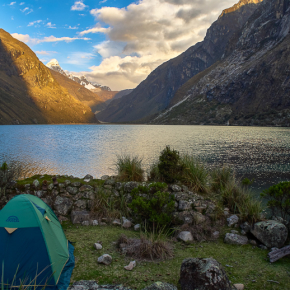 Day Three: Going Against the Flow

We started to walk early the next morning. That day we met a few other hikers on the trail that were coming from the opposite direction. It turns out most people prefer to start the trek from Vaqueria because, even though you get sooner to the highest point on the trek, it’s all mostly downhill after Punta Union. 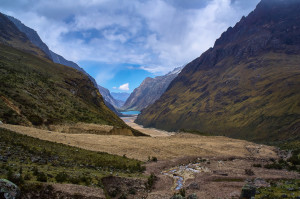 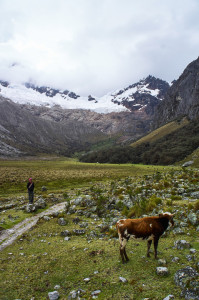 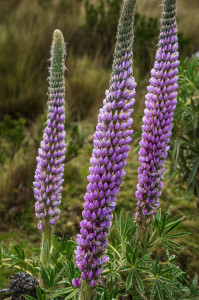 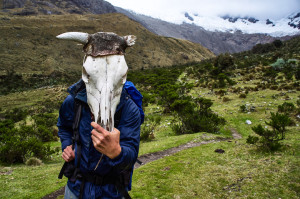 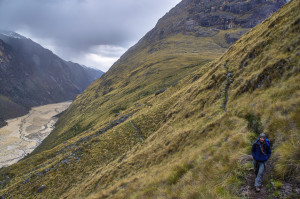 That day we made it to the Taullipampa campsite by early afternoon. Instead of pushing on to Punta Union, we decided to set camp because we were worried we wouldn’t make it to the next campsite by nightfall. Since we still had a few hours to kill before sunset, we set out in the direction of a nearby lake to explore the area. After so many hours carrying a heavy backpack, it felt great hiking without one!

We didn’t make it to the lake. After a while, we decided to head back to camp because the clouds were getting darker and it seemed that rain was on its way. Just before we got back to our tent,  a mix of wet snow and light hail started coming down on us. We felt lucky as we hurried into our tent. To warm up, we treated ourselves to some hot chocolate and cookies while we made plans for the next day. 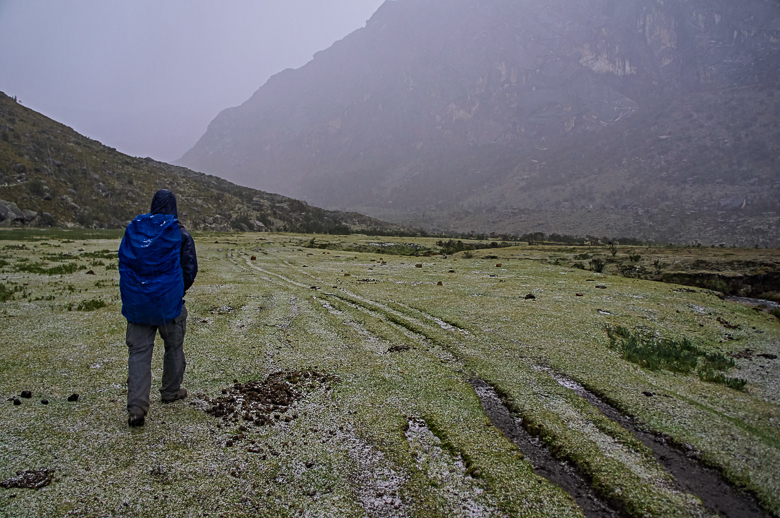 At about two in the morning, we woke up feeling wet. It turns out that the rain had turned the spot where we set our tent into a stream, and we were then about 5 cm deep in cold water. So we had to get out, in the rain, and search for some higher ground to move our tent to. We sure as hell didn’t feel so lucky then! As we went back to sleep, we wondered how much longer would the rain last. It wouldn’t be nice to get to Punta Union in that kind of weather.

The next morning, we woke up to clear blue skies and beautiful sunshine. It was like the night before never happened. We felt relieved and started on our way up to Punta Union. It wasn’t easy. While Edwin kept treading ahead, I lagged behind feeling the weight of my backpack. To boot, the trail was icy and slippery at some points. And when the water melted there were huge puddles, so it was pretty much impossible to keep our feet dry. 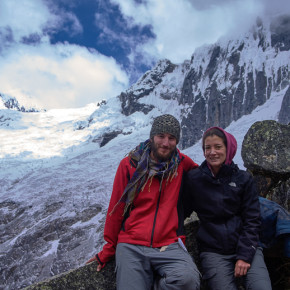 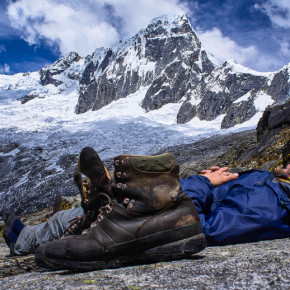 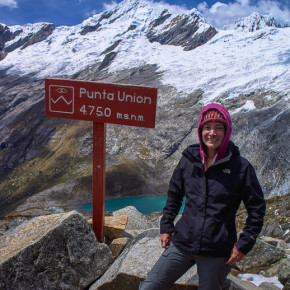 Finally, we made it to Punta Union, the highest point on the trek at 4750 m.a.s.l. I was ecstatic because I knew the hardest part was over. We found a good spot with nice views to have lunch and catch our breath. Then we continued our path down the other side of the mountain. The views on that side were stunning as well. There were lots of small lakes and the landscape was greener. Since we knew there was no way we were going to finish the trek that day unless we rushed for the rest of the afternoon, we decided to take it easy and camp for another night. We found a nicely secluded point by a little lake and enjoyed the views while having a tasty dinner. 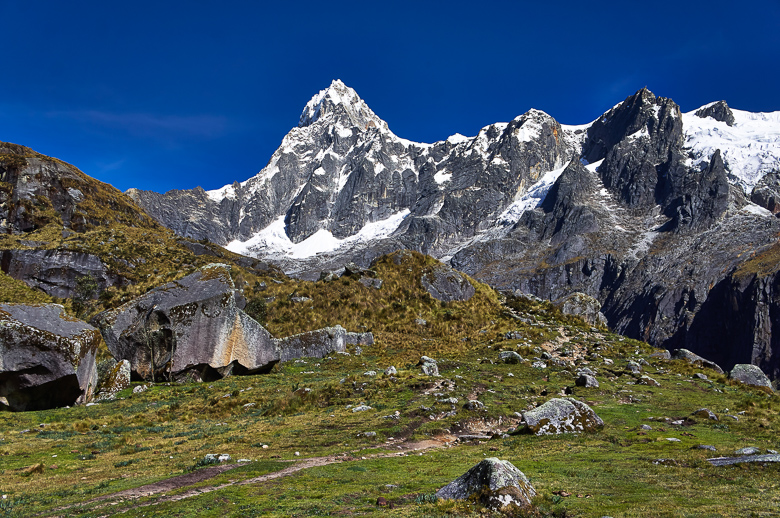 The next morning we were well rested and ready for our final day on the trek. We enjoyed this part of the hike a lot. There were beautiful forests of queñua, a native species of small trees with reddish brown bark. By early afternoon, we made it to the most beautiful spot on the trek. There was a small lake with turquoise waters, a herd of friendly horses, and stunning views of the snow-capped mountains. It was the perfect place for a quick swim, having lunch and taking a nap. And so we did. 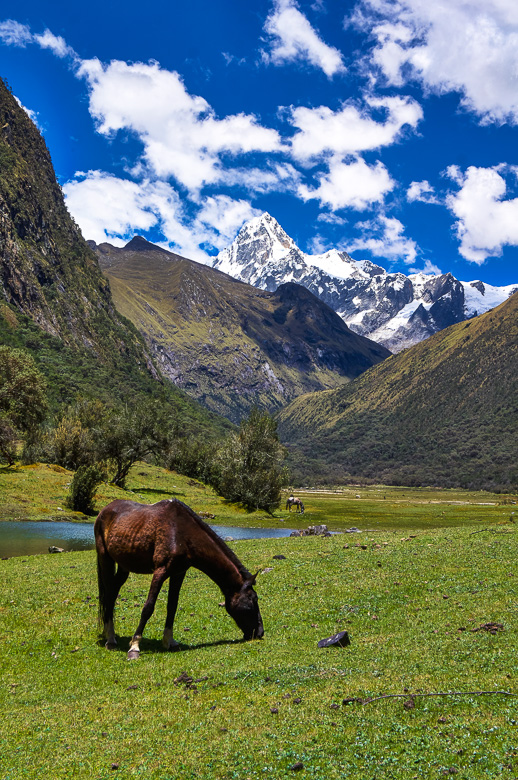 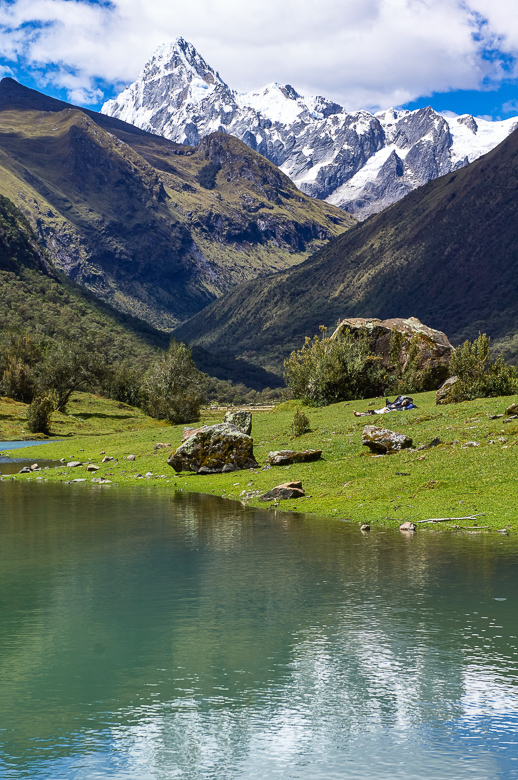 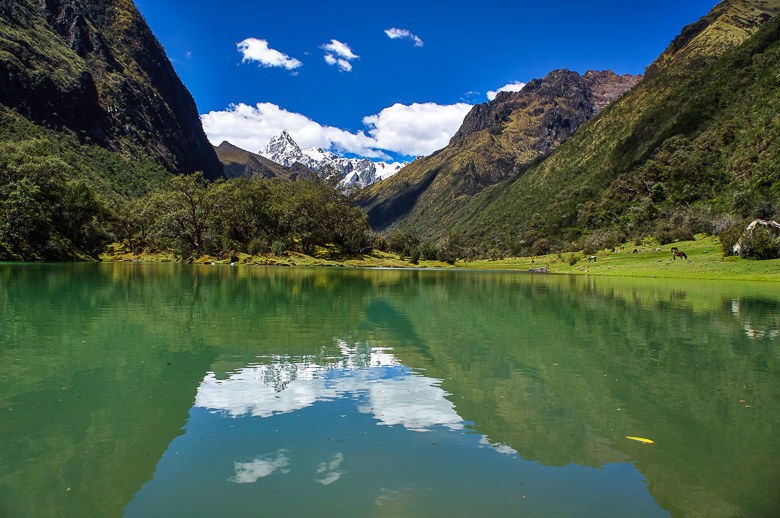 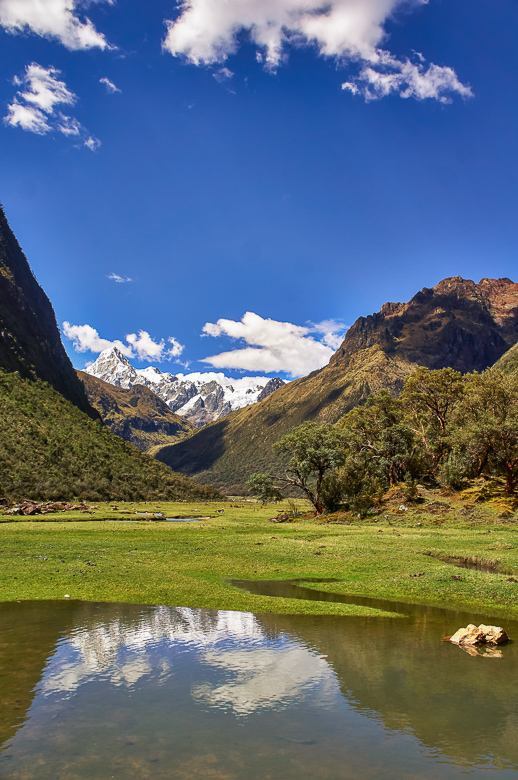 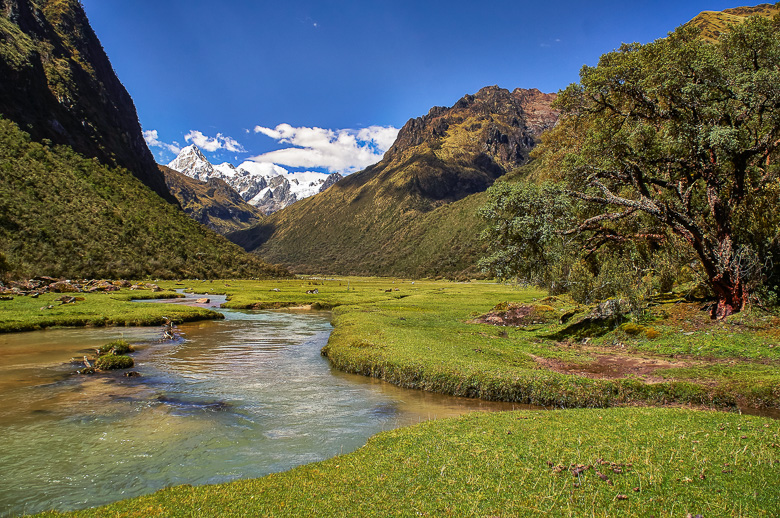 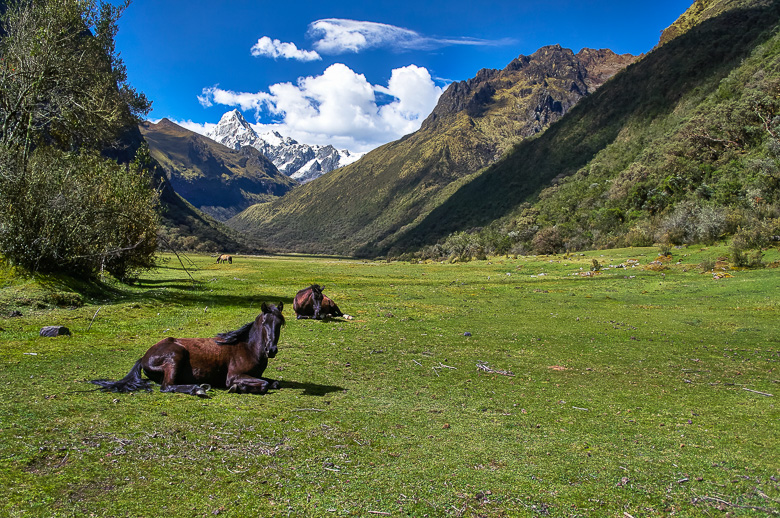 It was about two in the afternoon when we finally decided to move on. We thought that we weren’t that far from Vaquería, but it turned out we were still a few hours away. If we wanted to have a chance to catch a bus that afternoon, we felt like we had to quicken our pace. Still, we enjoyed the beautiful views. The last stretch of the trek, took us through a wide green valley. It was very picturesque.

In the end, when we reached Vaquería, it was way too late to catch a bus anyway; and we had to spend the night there. We were the only foreigners in town, so we could take our pick for accommodation. We settled on a spacious and clean enough bedroom in one of the small tiendas. The owner told us the first bus would be there before sunrise. But we were too tired to even consider waking up when it was still dark. Instead, we chose to wait for the one later, at noon. The next day, we went back to Huaraz without a problem. 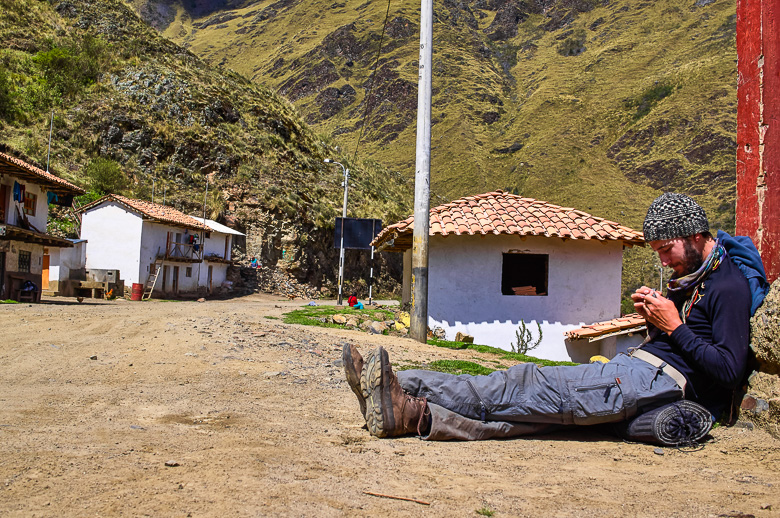 For Edwin and me, this trek was an unforgettable experience. We could even say that it was life changing. After this, we became inseparable and started traveling together. In fact, we still go on adventures every time we can with our little toddler daughter tagging along.

For experienced hikers, doing the Santa Cruz trek without a guide is quite doable. The trail is well-trodden in most parts, so getting lost is not really an issue. Finding nice spots to camp is also easy. If you like to cook, you’ll eat better than if you go with a tour (at least in my experience). Plus, you’ll be free to enjoy the area at your own pace, without being hassled by a guide who needs to stick to a timeline.

Have you done the Santa Cruz trek? How was your experience? Are you planning to do this trek and have a question? Leave a comment and have your say!

All stories by : Bianca Bauza
22 Comments