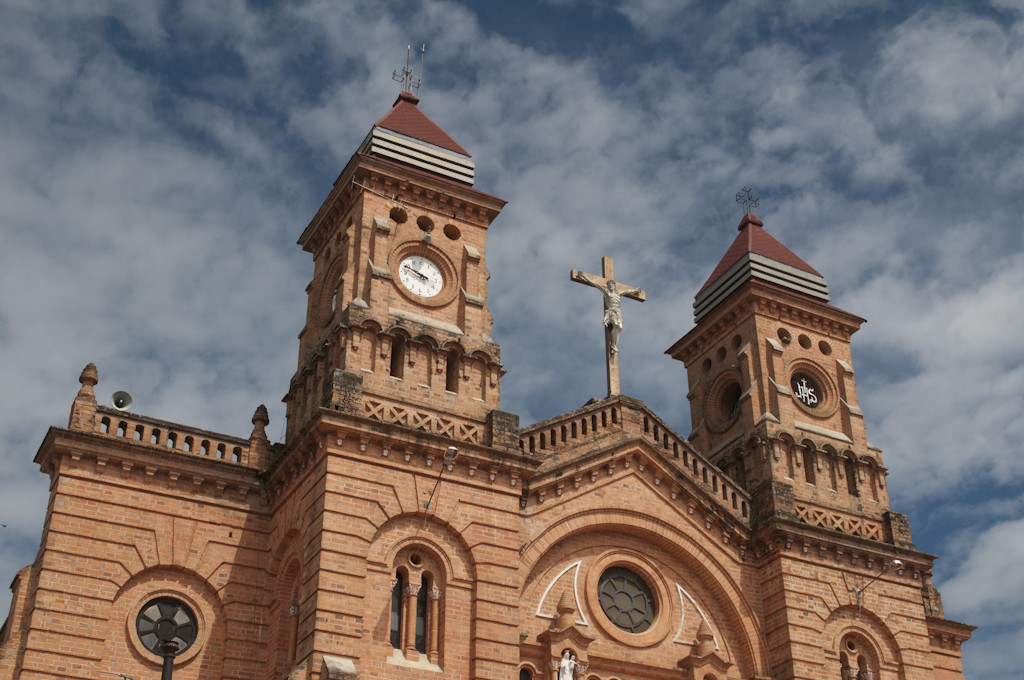 Yolombó – Land Of The Marchioness And Panela

On a beautiful Thursday afternoon, we finally arrived to Yolombó. We are welcomed into the house of our hostess as long lost distant relatives. They gave us a refreshing lulo juice to calm our thirst and to introduce us to Paisa hospitality. Yolombó, one of the municipalities in Antioquia, is located about 100 Km away from Medellín. Its main attaractions are the many little fincas around town that produce mainly panela, but there is also some coffee and cacao production. We are here to shoot some photos of the Trapiche Gualanday, a family run panela operation.

Yolombó gets its name from a lost tree that some people are trying to bring back from the brink of extinction. There were actually two growing at the Finca Gualanday, among the many varieties of heliconias that Adiela likes to grow around the place. One of the most famous local people from this town is the Marchioness of Yolombó, an educated and sucessful businesswoman who apparently gave much to talk about during her times. They say that she was the daughter of a businessman who owned some gold mines in the region. From a young age she was schooled, something unheard of for a woman at that time and place. She eventually learned everything about her father’s business, until she could make it her own. She was rich and successful, but not very beautiful they say, so she stayed unmarried for a while.

One day she decided to send the King of Spain a gift of gold. So she had a beautiful gold statue made and sent to Spain. When the King received this spectacular gift from the Americas, he decided to show his gratitude by granting her the title of Marchioness of Yolombó. However, the malas lenguas (gossipy people) say that whoever was responsible for taking the gold statue to the King actually stoled it and never delivered it. Instead, they faked a title and handed it to the fooled woman. One way or the other, she became known as the Marchioness of Yolombó from then on. Her fame reached the ears of an astute conman, who faked a noble identity in order to seduce her and sweep the Marchioness off her feet. His tricks actually worked and she married him in a haste. Sooner than expected, he abandoned her on the way to their honeymoon. They say that after that, the Marchioness spent her last days alone and in misery.